Old men who use computers less likely to get dementia

40% lower incidence among men 69+ when they use computers, boffins say 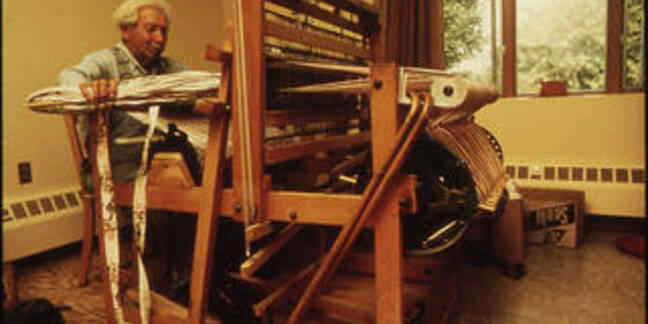 Men who use computers as they enter their winter years have a better chance of avoiding dementia than those who don't, according to a new Australian study.

Older Men Who Use Computers Have Lower Risk of Dementia, compiled by researchers at the University of Western Australia's Centre for Health and Ageing, is one output of the the Health In Men Study (HIMS) study that has seen “5506 community-dwelling men aged 69 to 87 years followed for up to 8.5 years.”

One of the topics the HIMS study considered was whether participants use a computer, by asking the following questions.

“‘How often do you use a personal computer?’ Possible answers were ‘never’, ‘every day’, ‘at least every week’, ‘less than every week’. We classified participants who answered ‘never’ as ‘computer no-users’ and those who offered any of the other three answers as ‘computer users’. Computer users were also asked: ‘What do you use a personal computer for?’ Participants could choose one or more of the following answers: word processing, internet, email, games, other.”

Analysis of responses to those questions led to a conclusion that “Computer users had a more active social network and were less likely than non-users to show evidence of clinically significant depressive symptoms or medical morbidity.”

The research also found* “dementia for computer non-users and users was 13.3 per 1000 persons per year”. Incidence of dementia among computer users was 40% lower.

The paper takes great care to point out some limitations in the methodology of its underlying research, but notes the findings of reduced dementia incidence among computer users “... cannot be attributed to age, education, social isolation, depression, poor physical health, or prevalent cognitive impairment.”

“... there seems to be no obvious reason not to encourage older people to embrace the use of computer technology, as long as one remains mindful of the negative musculoskeletal and cardiovascular consequences of prolonged physical inactivity and the many advantages of a balanced and healthy lifestyle.”

All of which leaves your correspondent's retirement plan to down keyboard and take up a virtual sword looking rather sound. Assuming anyone gets to retire given the Great Recession's effect on pension account balances. ®

* We've omitted some of the statistical niceties from the quotes here, as they make the text rather confronting. The full text is free on PloS One from the link above on the paper's name.

Episode 12 You know what the kids will think is boss? You, tweeting from that window ledge

Get drinking! Abstinence just as bad for you as getting bladdered

British civil servants go bonkers with no booze, or too much

WHEN will the gov provide free booze for wrinklies?