The latest addition to Crucial’s range of SSD’s, the v4 series isn’t, as you might expect, the follow up to the company’s highly successful m4 series but a different animal entirely. It's so different in fact, it makes you wonder what was Crucial’s thinking behind it. 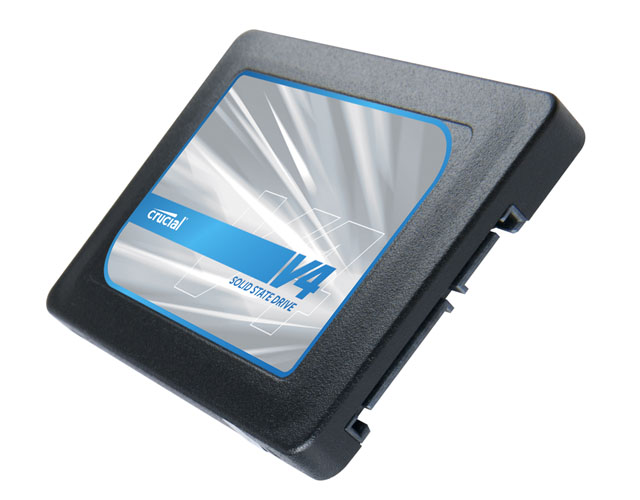 To be fair, it's not too difficult to understand Crucial's thinking with the v4. After all, why bother with the expense of adding a SATA 6Gb/s drive to your 3Gb/s system if you can’t use its performance to its fullest potential? A sound argument? Well it would be if it wasn't for the fact that SSD pricing is so fluid at the moment. Indeed, mainstream 6Gb/s drives are no longer that much more expensive and, by using a 6Gb/s unit, you'll have a drive to hand to upgrade 6Gb/s HDD-based computer at some point in the future.

Another thing stated in the press release was that the “Crucial v4 SSD boils down to two things: performance and value”. Well, unfortunately for the marketing guys at Crucial, the prices in SSD market are so volatile at the moment the v4 series finds itself out-gunned in both departments before it starts, not only from the external competition, but from within the company itself. 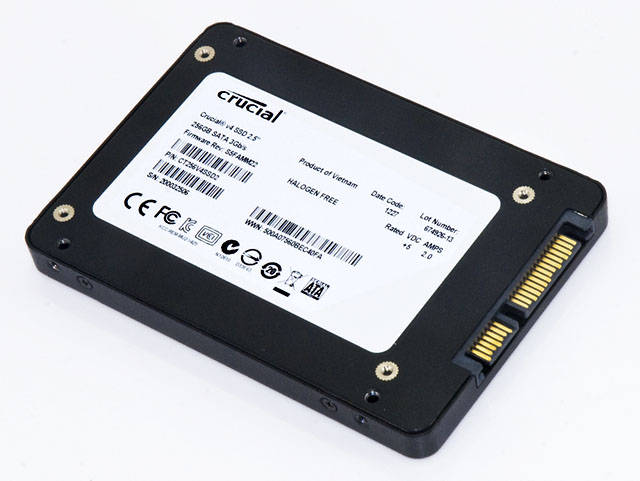 Not the latest slimline package, but should fit most standard notebooks

Take for instance the bare 256GB v4 drive I’m reviewing here, currently on Crucial’s website it sells for £143, but Crucial has recently slashed the prices on the m4 series so now you just pay sixteen quid more - £159, to get the much faster and more capable 6Gb/s m4 256GB. I, for one, would pay the extra in a heartbeat and I have a hunch I'd not be alone either. It may be stating the obvious, but what needs to happen to the v4 series is a serious drop in price once the dust of the launch settles.

Next page: Counting the cost
Page: