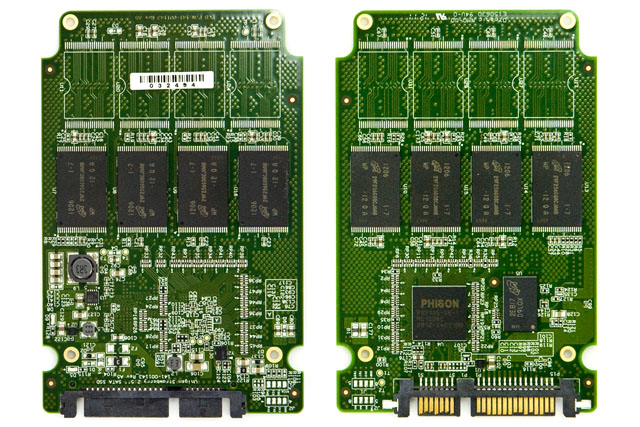 At the heart of the drive isn’t the usual Marvell or LSI SandForce controller but the less well known PS3105 from Phison. This is the same controller found in the earlier Patriot Torqx 2, Corsair Nova 2 and the Zalman P series of drives. For storage, the v4 relies on Micron 25nm synchronous NAND. 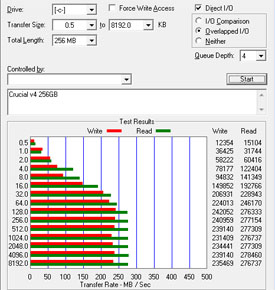 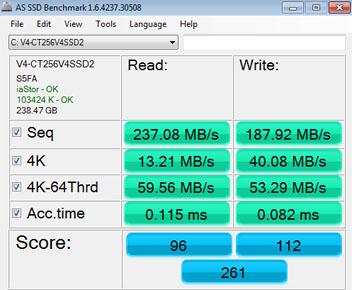 ATTO and AS SSD results

The quoted sequential Read/Write performance for the 256GB model is a little on the conservative side compared to what I achieved when using the ATTO benchmark, which produced figures of 276MB/s for Reads and 235MB/s for the Writes. This may appear rather pedestrian compared to the latest 6Gb/s interfaced drives, but these are good results for a 3Gb/s SSD. Unlike the SandForce controller, the Phison PS3105 doesn’t have much of a problem dealing with compressible data, as can be seen from the two CrystalDisk benchmark scores. 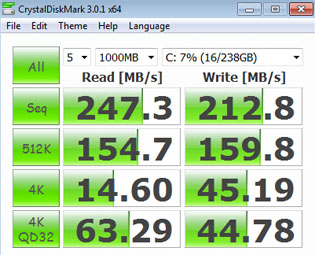 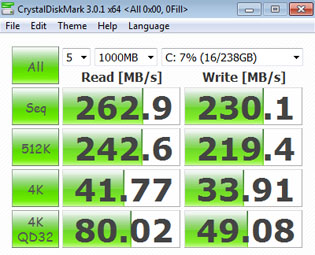 Given that Crucial is positioning the v4 as a replacement to a hard disk drive in a 3Gb/s system, just how does it compare? Naturally, the v4 is much faster booting up than a conventional HDD – it took 20secs to boot into Windows 7 compared with the 42secs of a standard drive – in this case a 320GB Seagate HDD. 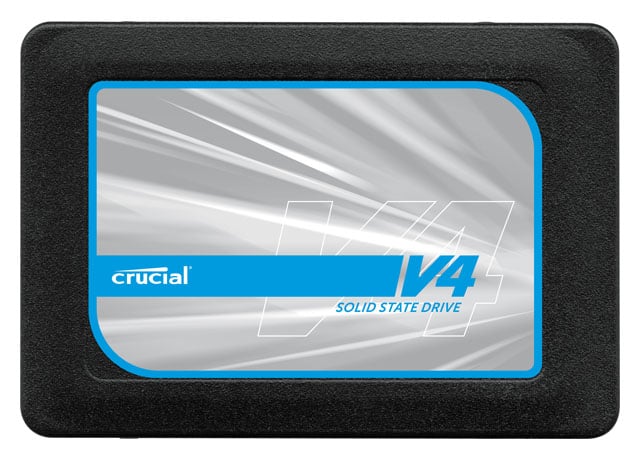 Low cost alternative? In concept only, it would seem

Copying a 10GB folder of mixed file types and sizes took a mere 2mins 7 seconds with the v4 compared to the standard drives time of 6 minutes. A large 4GB image file took just under 3 minutes to copy using the standard HDD which seems a lifetime compared to the 47 seconds the v4 took. No complaints there then.

Unfortunately for Crucial, the v4 has been launched into seriously competitive and fast moving market where prices are seemingly dropping on a weekly basis, even in the larger capacities. Even though it's unashamedly promoted as a 3Gb/s SSD, its performance is overshadowed by the 6Gb/s drives that, even in Crucial's own camp, are very close to the v4's price point. ®