After all, Stratus is just reselling the NEC boxes with its own pricing, packaging, and add-on software. With the new Express5800/R320c fault tolerant boxes, NEC is adding the latest Xeon E5-2600 processors from Intel and goosing up the bandwidth of its Gemini lockstepping chip, which synchronizes every clock cycle and every bit of memory and I/O across two mirrored physical systems.

NEC started demonstrating fault-tolerant Express5800 machines in 2000 and began selling them a year later running Windows Server 2000. Mike Mitsch, vice president of IT products at NEC Technologies – the server, storage, and switching group inside the Japanese conglomerate – tells El Reg that the company has over 10,000 active customers using its FT iron, and that most customers have multiple installations.

"Every year this business has been growing for us, and much faster than the overall market for servers," Mitsch says. 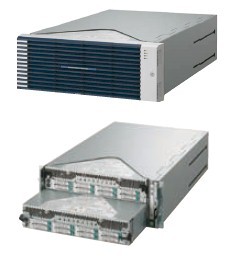 The systems are popular among governments for emergency response systems as well as being used in local operations for hotel chains, medical clinics, and banks – where a system outage or the failure of a network link back to the corporate data center means no business can be conducted and no service can be given.

The heart of the boxes is that Gemini lockstepper, which takes two two-socket servers and makes them process the exactly same work at exactly the same time. This synchronization is enabled in features of the Xeon processors and in the Gemini lockstepping add-on for Intel's chipsets, in this case the C206 variant of the "Patsburg" chipset.

The updated Gemini chip has had its bandwidth significantly improved and its latency reduced so the lockstepping can be done across more main memory. The fifth generation Express5800 FT boxes topped out at 96GB of memory, but the new sixth generation machines have 2.7 times the memory and yet can do resynchronization of main memory after a fault has occurred in one-seventh the time.

As El Reg reports elsewhere today, Stratus has three different models of its new ftServers, but in its sixth generation of Xeon-based fault tolerant iron, NEC is sticking with two models. They are all billed as offering at least five nines of availability, which is 5 minutes or less of downtime per year. NEC only supports Windows on its boxes, while Stratus does both Windows and Linux.

The R320c-E4 model can be equipped with one or two of Intel's 1.8GHz four-core Xeon E5-2603 processors, which is about the same processing capacity as the earlier R320a-E4 machine it replaces that had one or two 2GHz Xeon 5600 processors with four cores and up to 96GB of memory. (That's the logical server feeds; the physical server feeds are twice this since there are two boxes in the R320c chassis.)

Each node in the FT cluster has room for eight 2.5-inch SAS drives with a max of 7.2TB of capacity (up from 4.8TB with the prior machine). Stratus is adding in 200GB SanDisk SSDs, but NEC is not. Each node has two PCI-Express 2.0 x4 slots and two Gigabit Ethernet ports with one 100Mbit port for management. NEC adds in its own ExpressScope Engine3 baseboard management controller.

With the full-on R320c-M4 box, NEC is stepping up to one or two Xeon E5-2670 processors, which have eight cores that spin at 2.6GHz, in each of the physical nodes in the FT setup. The processing capacity is about 1.5 times that of the R320b-M4 machine it replaces.

Memory and disk capacity are the same as in the R320c-E4 box, but it has two more PCI-Express 2.0 x8 slots and two 10 Gigabit Ethernet ports for faster links to the outside world. 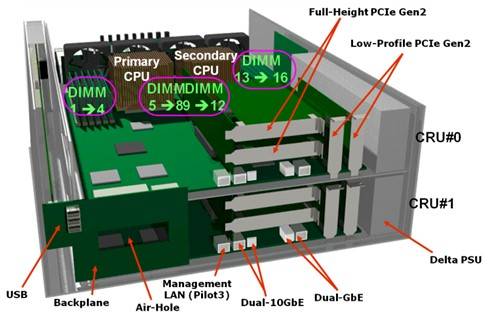 At the moment, Microsoft's Windows Server 2008 R2 operating system at the SP1 level is the only one certified to run on the new Express5800/R320c FT machines. It is not clear when Windows Server 2012 will be supported.

Pricing information for the two Express5800/320c machines was not available at press time, but Mitsch was able to make one set of comparisons that is near and dear to NEC's heart: Lining up a real FT server against the fault tolerant add-on to VMware's ESXi Advanced Edition hypervisor, called vSphere FT.

This feature of the ESXi hypervisor provides lockstepping for virtual workloads, and does so in software working over Ethernet links. This is a problem, says Mitsch, because that memory lockstepping in VMware FT is limited to a single virtual CPUs running on one physical core – a restriction that a real FT server with redundant and lockstepped iron does not have.

Moreover, says Mitsch, with the NEC boxes, you manage what looks like one server and only have to buy one set of systems software, but with the VMware FT setup, you have to buy vSphere for both boxes as well as the vCenter management console.

That VMware software stack (at the 5.0 release level, which is what is shipping today from VMware) costs $8,980, not including the vCenter licenses, on a pair of two-socket servers, while buying two vSphere 5.0 Standard Edition licenses for the physical FT server costs only $1,590 – and has no virtual CPU capacity restraints. ®