A new feature Nuance is talking up is that many of DNS’s dictation commands can now be used in on-line e-mail services, too, so you benefit from this level of control in the composition fields of Hotmail and Gmail. It can also be used for most Windows commands and is ideal for those who work on their own or who speak loudly on mobiles in trains. 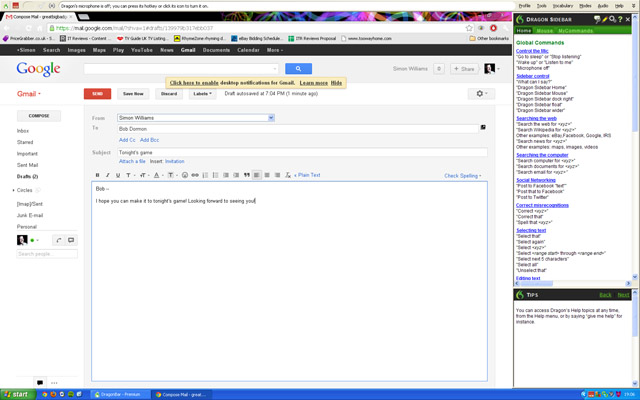 The other four key new features in DNS 12 include a 20 percent improvement in out-of-the-box accuracy, the ability to use an Android phone as a wireless microphone, an interactive tutorial and longer and better chosen lists of alternatives, when the program mis-recognises.

Version 11 of Dragon NaturallySpeaking already claimed 99 percent accuracy, meaning on average one error every 100 words, so you can now expect one error every 120 words. Under test, I saw rather more, though in dictating a review like this – with a lot of numbers and technical terms – it still did remarkably well. The overall accuracy of the program depends heavily on the quality of the sound stream it hears. It will, for example, give better accuracy with a wired, noise-cancelling headset, than from a DECT or Bluetooth mic, which in turn will be better than the microphone in a typical mobile. 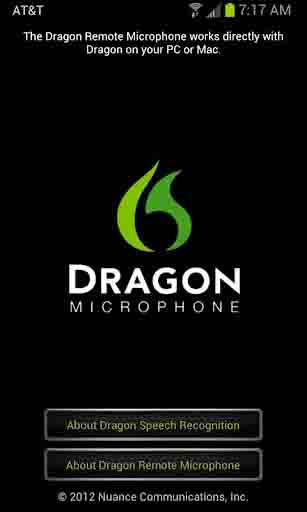 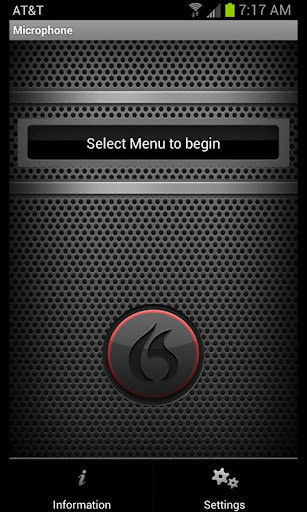 I mention the mic in a mobile as DNS 12 adds Android support to the iPhone support it already provided, so you can use a phone as your input source over a Wi-Fi link. When I tried this, it worked, but it isn’t as convenient nor as accurate as a dedicated headset. You can also use a phone, media player or portable recorder to record notes and then transcribe them from the recording. Again, the better the mic quality, the better the text file the program produces.

Another aspect that Nuance endeavours to address in DNS 12 is user preferences for how certain words or phrases should appear. The Smart Format Rules feature attempts to learn these quirks as you go, but for technical writers, it's not as clever as I'd like it to be. 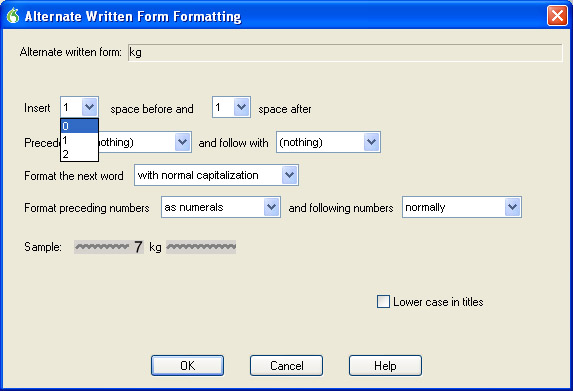 Most UK titles require numbers below 10 to be spelt out with those above to appear as numerals and DNS 12 gets this, so we're doing fine so far. However, most also require units of measure to follow directly after a number, with no space between. So, I write five kilograms (below 10), but 15kg, not 15 kg, the latter being the default in DNS. Alas, you have to change individually every abbreviated unit of measure to remove the preceding space. There’s no global facility for this.

PrivacyMic looks to keep your home smart without Google, Alexa, Siri and pals listening in