It would be very helpful to be able to instruct the program to change the default format for all unit abbreviations, rather than having to set each one individually, which is still the case in DNS 12. Indeed, there's plenty of room for Smart Format Rules to get smarter. If these bugbears seems a little niche then, for mainstream users and those coming to DNS for the first time, the new interactive tutorial will prove useful. However, the requirement to repeatedly click on the program’s microphone icon before every exercise and on retries, quickly becomes tedious. 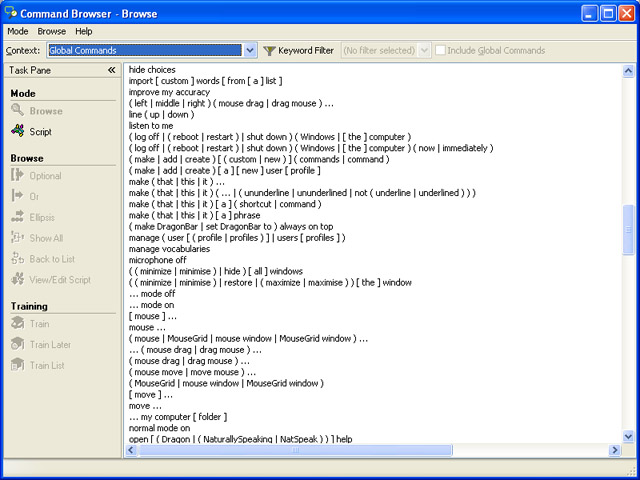 Now if you're wondering about Apple's alternatives, there’s one key difference between Dragon NaturallySpeaking and Siri, the speech recognition in the iPhone 4S and in OSX Mountain Lion. DNS converts speech as you talk, so, if necessary, you can say a short phrase or a single word and have it recognised very quickly on the computer on which it’s installed.

Also, voice recognition on the iPhone 4S is primarily intended for commands, rather than dictation. AI is used to interpret a wide range of queries which aren’t required in DNS. DNS is designed to operate Windows, major applications like Office and to take dictation.

The range of dictation controls in Siri, even on Mountain Lion Macs, is smaller than in DNS and correction of mis-recognised text relies on simpler commands. The two technologies are aimed primarily at different tasks and each is well tailored. Personally, I’d rather have the near-instant recognition provided by DNS 12, though this isn’t always possible on lower spec devices.

Although it’s the only choice in town for PC speech recognition, Dragon NaturallySpeaking hasn’t sat on its laurels. Version 12 really does seem a bit more accurate, a bit swifter and offers useful extensions, like better control of on-line email. There are still niggles, like number handling, but it proves to be a lot quicker than typing. ®