The Legend of Zelda: Ocarina of Time

Antique Code Show I didn't play The Legend of Zelda: Ocarina of Time when it was first released in the late 1990s because I was too busy on my SEGA playing Sonic. However, I do remember that I always used to think the name Zelda referred to the main character. It wasn't until I watched The Legend of Neil that I realised the hero's name was Link and Zelda was the name of the cutesy pie peroxide princess. 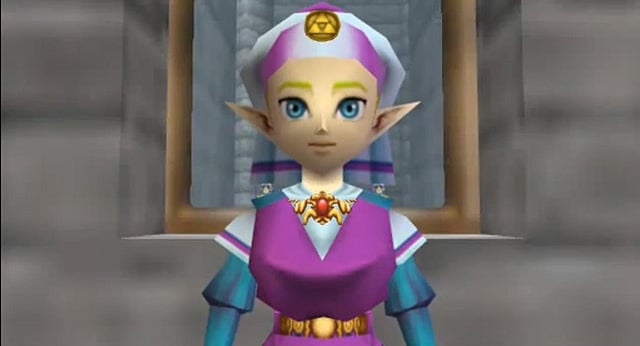 Cut to the 2008 when my coder housemates moved in and hooked up an old N64 in the front room. Finally, it was time to explore the Hyrule field, help out the Deku tree and earn my own fairy Navi. 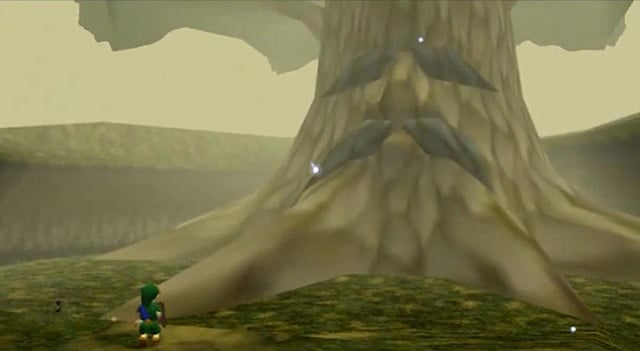 The Legend of Zelda: Ocarina of Time is the fifth Legend of Zelda game in the series and, debatably, the best. The plot revolves around the Dark Lord Ganondorf threatening the land of Hyrule and Link discovering the Triforce before Ganondorf can establish his evil rule. I must explore, collect heart containers and gold skulltula, while fighting dodongos and octorocks in my quest to defeat him. 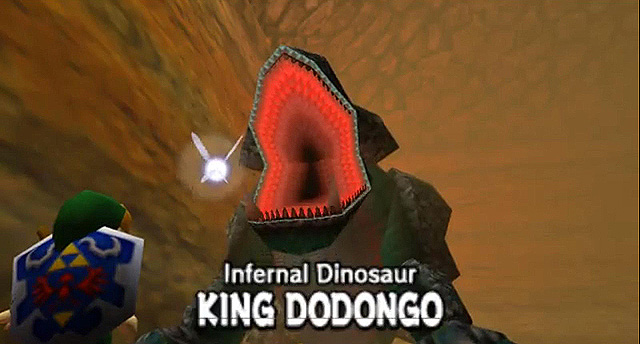 This game is definitely more action than RPG and, luckily, the controls are super user-friendly. Being able to select an enemy with battle mode during combat makes gameplay rewardingly precise. The linear plot and roleplaying with some friendly fairy advice make sure that I stay firmly on track but also enjoy the multitude of mini games and puzzles, such as the eternally enjoyable fishing game where I have to deploy all my angling prowess to land a fatty. 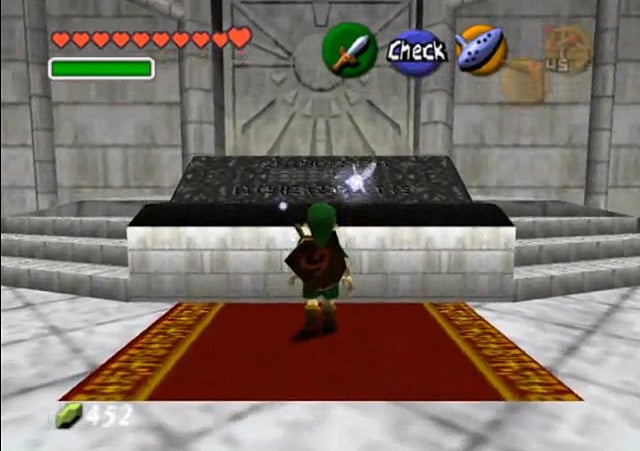 Music plays a large part of this game and I learn twelve tunes during the game from NPC's to complete different puzzles such as the Sun’s Song, which turns day to night as some missions can only be completed at night. 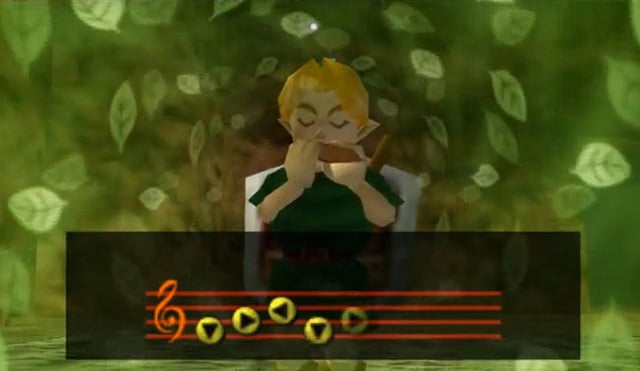 The N64 was all about kick ass 3D and Zelda's scenery has great textures, lighting, with some neat little graphical flourishes, such as the characters' facial expressions, which are especially hard to wrap around a 3D surface but still brimming with personality and expression. It's amazing what a blink and a wink can convey. 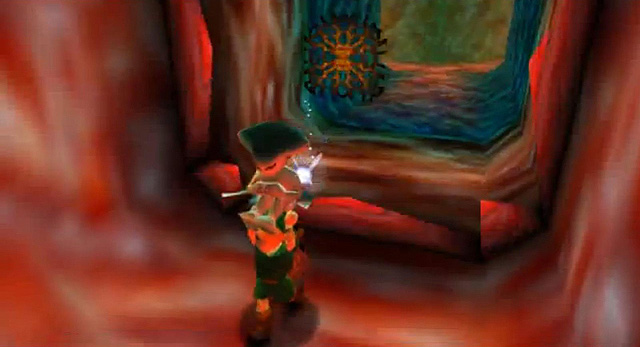 There’s something about the soundtrack for Ocarina of Time that gives it shocking worldwide appeal. One of the highlights of 2012 was watching a Mexican Olympic gymnast complete her floor routine to its happy tweeting melody. Unlike a lot of repetitive MIDI soundtracks, Ocarina of Time never had me reaching for the mute button. 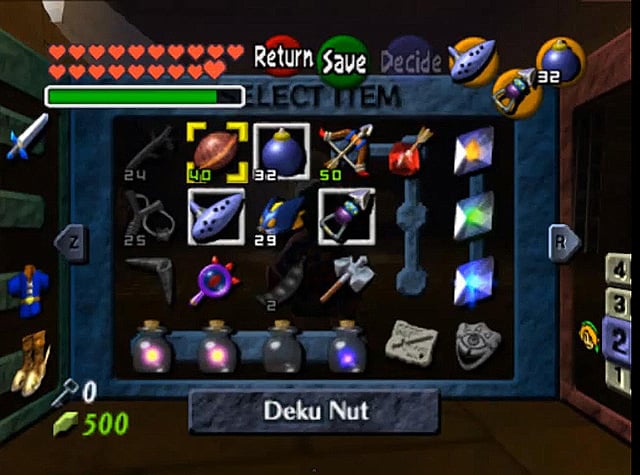 I really got my car boot sale money's worth with The Legend of Zelda: Ocarina of Time having around seventy hours of game play. Luckily, my addiction is never thwarted as nothing is too hard to figure out (apart from the water temple). Childish as this game sometimes looks, it transcends all age barriers and geographical locations and never seems long or boring.

Buy an secondhand N64 and play Zelda, it's aged flawlessly.

Developer Nintendo EAD
Publisher Nintendo
Release Date 1998
Platform N64
More info The Legend of Zelda: Ocarina of Time can be found on-line from around £15 or less for the N64 version. A revamped 3D version of the game is available for Nintendo 3DS here.