No surprises – and no NFC – but a thoroughgoing upgrade

Rumor has it that an Eritrean goat-herder with the unlikely name of "Bob" was unaware of the fact that Apple would unveil its iPhone 5 on Wednesday.

Frankly, we find that hard to believe. In all of recorded gadget history, few product announcements have had as much pre-event hype as did today's iPhone 5 roll-out at an event in San Francisco hosted by Apple CEO Tim Cook.

On second thought, there was the debut of the original iPhone. Then the iPhone 3G. Then the iPad. Then ... oh, never mind.

Apple certainly knows how to create an itch and then scratch it in public, and at precisely 10:13am Pacific time, Apple's head pitchman Phil Schiller relieved the masses' anticipatory discomfort by unveiling – surprise! surprise! – Apple's new smartphone.

Will the iPhone 5 drive Apple's profits through the roof, as many have predicted? Will it rev up the US economy, as JPMorgan Chase suggested?

You be the judge – but to our fanboi eyes it's a fine little phone.

That's not as much display real estate as, say, Samsung's Galaxy III S and other smartphones, and we can assume that the debate over how much display is practical in a pocketable device will now commence.

Schiller also told his audience that the display has 44 per cent better color saturation than the one in the iPhone 4S, shows less glare in sunlight, and is 33 per cent thinner. 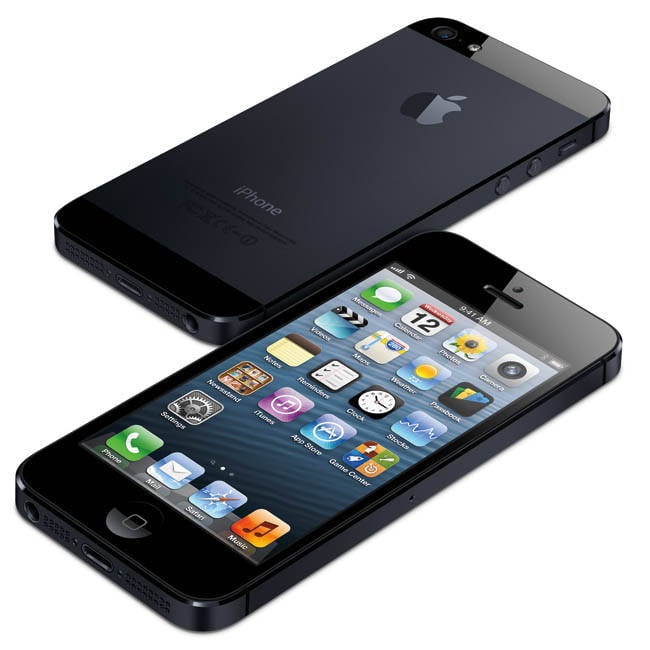 That extra space, by the way, will allow you to add a fifth row of app icons to the iOS home page. Don't worry about your existing apps looking stretched out into the new screen real estate – Schiller assured us that they'll run in the same format as before.

He also assured developers that it'll be a simple task to adapt their apps to the new display's form factor, and provided examples from CNN and OpenTable to support his point.