IT biz bosses are 'BIGGEST job cutters' in the US

And these are just the redundancies we know about 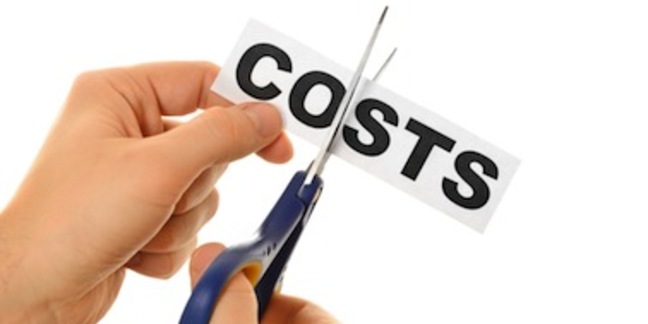 Not only does automation help companies reduce their payrolls, the relentless competition among IT and telecom equipment and service suppliers - and the drive to ever-higher profit levels - is causing them to shed workers instead of adding them.

So says the headhunters and employment analysts at consultancy biz Challenger, Gray and Christmas. In its most recent report, Challenger said that employers in the United States who actually make their job cuts known (as required when they hit a certain level in states that require filings) said they were going to shed 32,239 workers in August, the most recent data available.

The level of job cuts has been dropping over the past several months, and the level set in August has not been this low since December 2010, when the Great Recession was tailing off and companies in the US announced 32,004 layoffs.

According to Challenger, the average job cut level per month from January through August was 44,023, down significantly from the average across the same eight months in 2011, when announced layoffs (which are obviously distinct from actual layoffs, many of which are not reported to Wall Street or government officials) were 50,507 each month across all 12 months of last year.

Things are considerably better, so it would seem, and a lot better than the 100,000-per-month levels set in 2008 and 2009 during the height of the Great Recession. The dot-com bust and second Bush Recession in the early 2000s (the first was with Poppy Bush in 1989) saw American companies announce an average of 122,235 job cuts each month in 2002. So no matter how bad we think we have it, it has been worse.

The most disturbing statistic for those of us in the IT racket is how the job cuts seem to be hitting the computer industry a bit hard. Last year, the industry had 11,297 job cuts, but this year, thanks in large part to Hewlett-Packard and its 27,000 job cuts (just last week jacked up by 2,000 more and not yet in the Challenger numbers), the computer biz has announced 37,670 layoffs this year so far.

Layoffs at electronics firms is also up, with 6,539 cuts so far this year and 36 percent larger than for the first eight months of last year. Telecom companies have more than doubled announced layoffs to 18,987 for the January through August period.

These are just the announced jobs cuts. Some states don't require US employers to file Warren Reports on layoffs, and in many cases, the cuts are ongoing and continuous and are not big bang events that require reporting. IBM, for instance, hasn't had a formal job cut in years, but continues to shed workers in its home country. (IBM would counter, no doubt, that it is International Business Machines and has no home country.)

All told, across all industry sectors, Challenger added up 352,185 announced job cuts so far in the United States this year. Some 137,708 of them were driven by restructuring and another 20,332 by bankruptcy, another 58,195 by cost-cutting, and another 74,973 by business closures without going bust (a soft landing instead of an explosion, El Reg guesses.)

Interestingly, so far, only 106 people in the country were fired for cause as far as their documentation with the state governments is concerned. That is an amazing statistic right there.

Also somewhat disconcerting is the level of announced hiring, which has slacked off in the past year. Companies announced they wanted to hire 12,079 people during August, down from 15,201 a year ago. For the eight months of 2012, companies publicly said they were going to hire 84,937 workers, down from 224,243 for all the January through August period in 2011.

So companies are laying off slightly fewer people, but they are hiring half as many as they were a year ago – at least according to their public statements.

We think a lot of this data is questionable. And we do wish the Federal government actually tracked real employment – and real hiring and firing – at every company in the country, every month. We could actually use that data. And boy, would that be a big data job. ®