NASAdvertising: Astronauts aboard space station to put on photoshoot for swanky skincare serum

Fermilab’s Dark Energy Camera has captured its first images, as a test run for the Dark Energy Survey due to begin in December 2012.

The TARDIS-sized, 62-CCD, 570 megapixel camera, mounted on the Victor M. Blanco telescope at the National Science Foundation’s Cerro Tololo Inter-American Observatory (CTIO) in Chile, can shoot as many as 100,000 galaxies on each shot, up to eight billion light years distant.

The DECam camera was built at Fermilab in Illinois, and is particularly sensitive to very red light, Fermilab says. The camera will help in the search for dark energy and will also be used for more local surveys such as asteroid hunts.

The first image released (below, large-scale original here) includes the centre of the globular star cluster 47 Tucanae, a mere 17,000 light years away. 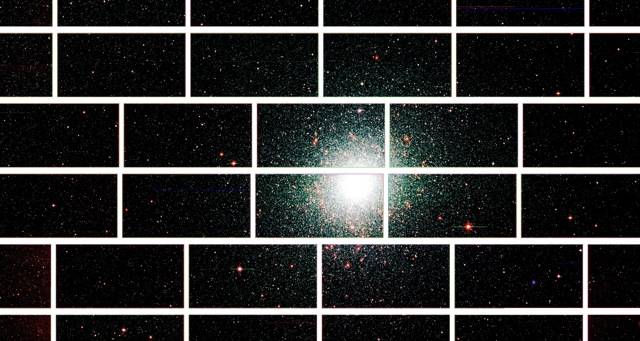 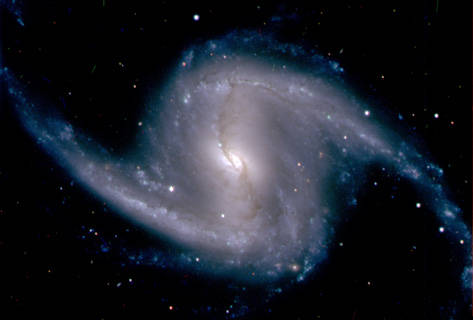 The images will be analysed for detailed examinations of Type la supernovae, baryon acoustic oscillations (BAO), galactic clusters, and weak gravitational lensing. The survey says these phenomena provide complementary information about the causes of cosmic acceleration.

To summarise the explanations given at the survey, Type la supernovae gave science the first hints at cosmic acceleration, and are now the standard “candle” for measuring cosmic distances; BAOs provide a ruler for measuring the way that galaxies cluster; and observations of weak gravitational lensing should help reveal the clustering of dark matter.