Incidentally, out of the box the only Google app installed on the Z9 Mini is the Play Store, but once you launch that and sign-in with your Google account you can download all the other Google apps you want. There is none of the argy-bargy or faff I had with the Xiaomi Mi4. 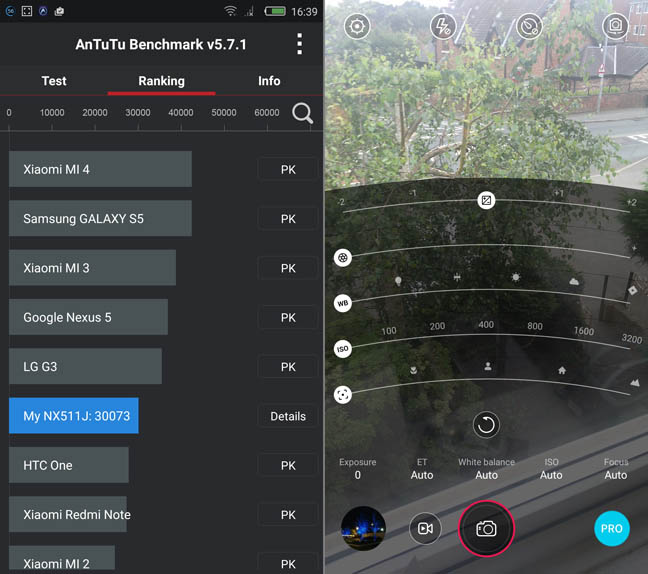 Running the AnTuTu benchmark returns figures of around 30,000, which to put into context isn’t all that far below the Nexus 5 and LG G3, both of which were flagship devices not so long ago.

The Adreno 405 graphics processor lets the side down a bit. Running the 3DMark Ice Storm Extreme test resulted in a pretty poor score of just under 7,000. That said, it's still more than up to the task of playing even the most demanding 3D games from the Google Play Store like Nova 3, so I wouldn't let the low test score put you off. 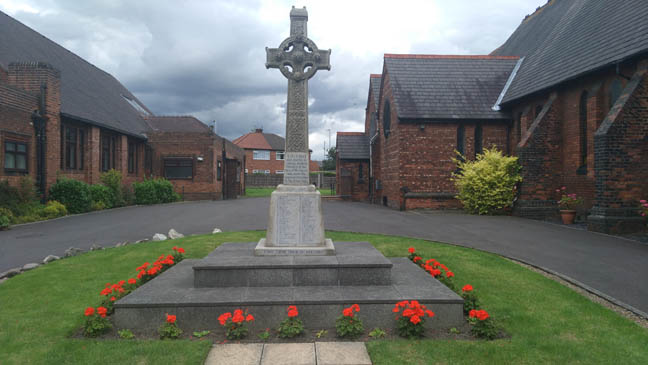 The Nubia’s 16MP camera has a 1/2.6-inch sensor and is a bit of a cracker. No matter what the prevailing lighting conditions, the resultant images were crisp, balanced and colourful. There is also a useful selection of manual overrides (ISO, colour balance, exposure etc) in the Pro menu.

If you want to take photos of yourself the 8MP webcam produces a quality selfie and can record video at 1080p. The only photographic downside is the absence of 4K video recording, a limitation of the chipset rather than the camera components. 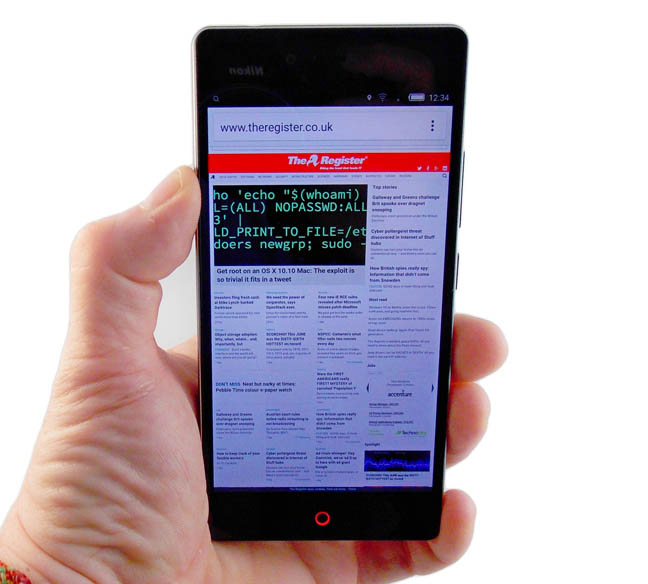 The ZTE Nubia Z9 Mini is a strong contender for the title of Best Mid-Price Smartphone on the market. With its large battery, excellent camera, up-to-date version of Android, high-quality HD screen and top-end looks and build quality, you can’t seriously ask for more for the money.

The only slight failing is the lacklustre performance of the graphics processor and the odd functions and design of the capacitive buttons below the screen. It raises the question why the heck doesn’t ZTE sell the Nubia range here in Blighty? Answers on a postcard please... ®

Thanks to GearBest for the loan of the review sample.