Dell unveiled its latest business products for the upcoming Windows 8 platform this morning.

The firm flaunted its forthcoming tablet, all-in-one and Ultrabook, all of which come with Dell's high-end security protocols for the serious business user. This includes Dell's data protection encryption services and support for fingerprint- and smartcard-readers. 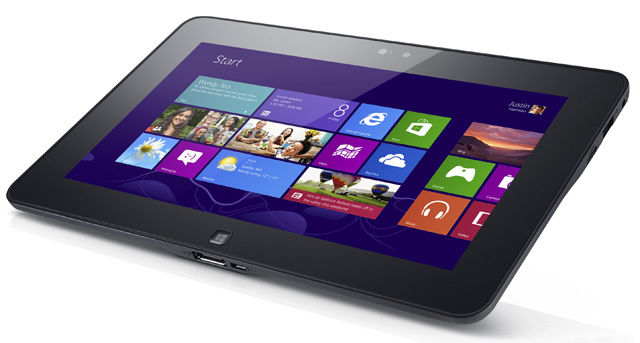 The latter can be expanded through regular SD cards, and there's also a full-size USB 2.0 port, a mini HDMI and a micro-Sim slot for WAN access only. There's also Wi-Fi and the option of a 3G model. 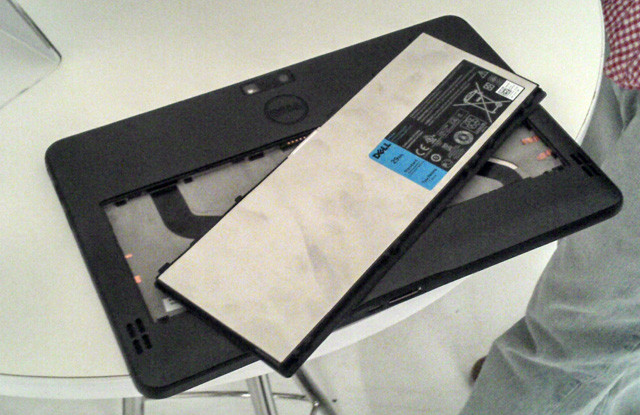 The fairly weighty tablet - starting at 725g to be precise - comes with 8Mp rear-facing and 2Mp front-facing cameras, but it's all about the removable battery here, with options of two- and four-cell power packs, the latter claimed to provide up to 18 hours' runtime.

The tablet itself is a fairly standard affair, with a soft-touch plastic coating to give it a comfortable grip. The display is responsive, the design conservative. Despite the rise of the hybrid tablets with removable or dockable keyboards, Dell insists the business world is less concerned with such gizmos, though it will sell a bluetooth keyboard carry case, with an additional slot for a stylus, which we're assured remains extremely popular in the business domain.

The focus is more on a docking system, though, that transposes any on-the-move activities to the desktop environment with traditional mouse and keyboard set-ups. The docking port - which we were told can be used to replenish the device fully in roughly 40 minutes - is accompanied by a microUSB slot, just in case you've left your charger at home. That'll take a few hours longer, though.

Meanwhile, the company's first entry into the Windows 8 Ultrabook domain is a little on the weighty side too - starting at 1.7kg - and remains rather chunky for something that comes with the illustrious Intel tag. 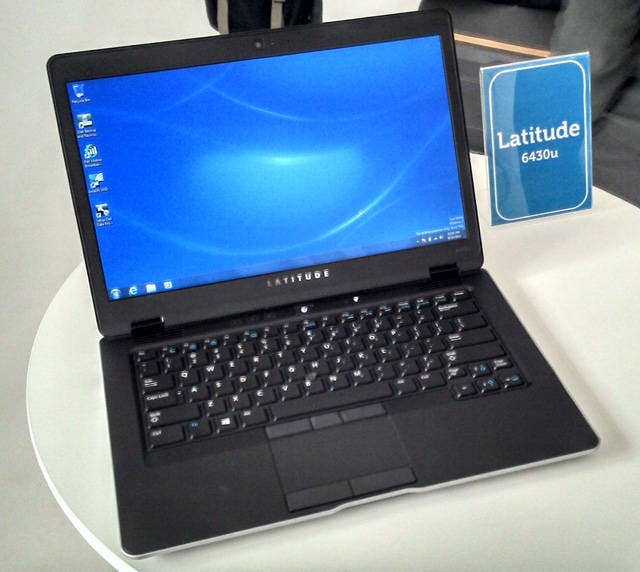 The Dell Latitude 6430u is based on Intel's third-generation Core i3, i5 and i7 processors. It features a 14in, 1366 x 768 display that, unlike some of its rival's Windows 8 launches, doesn't sport a touchscreen. Instead it will come with touchpad gesture support for Microsoft's latest OS.

Again, the battery is replaceable and comes with the option of three-cell and six-cell units. As for storage, the device packs mSata SSDs in 64GB, 128GB or 256GB capacity. 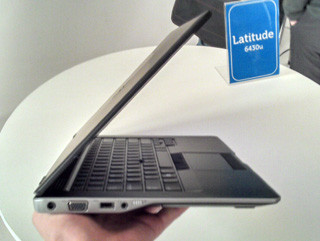 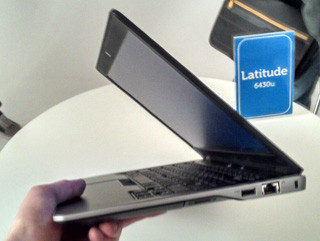 While there is little in the way of design that truly wows and there certainly appears to be better out there that best suits the Windows 8 platform, Dell obviously pins its hopes on business users recognising the security options the company has in place such as Intel's vPro advanced management features that allow for processes such as remote hard drive wipe.

These are repeated in the Dell OptiPlex 9010 all-in-one, which boasts a bright, 23in touchscreen display on an optional articulating stand. The model is again pretty chunky and the display has a fair amount of glare, but as AIO desktops go, the firm has certainly tried to push the boat out, particularly with its tools for business management. 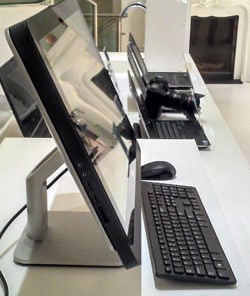 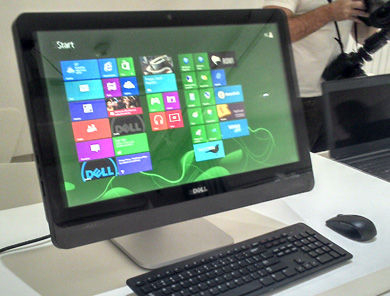 The 9010 packs a hard drive of up to 1TB, with the option of a hybrid 500GB and 128GB SSD. The ultra protective can opt for a 320GB Opal FIPS-certified self-encrypting drive as well.

When it comes to power, the Intel Q77 Express chipset gets the nod, along with up to third-gen Core i7 and i5 quad-core processors. Efficient power supplies were also highlighted.

All devices go on sale this October following Microsoft's launch of Windows 8. Prices have yet to be confirmed. ®