EMC puts a bullet in its XAM storage access 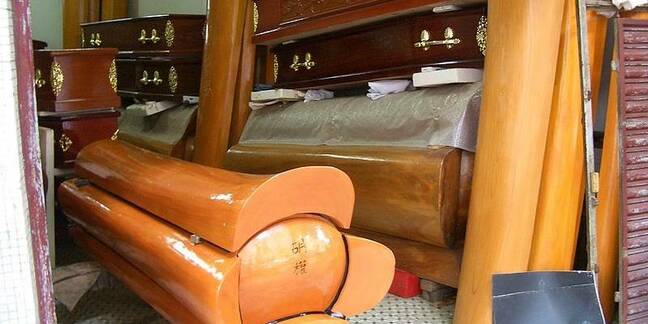 EMC has killed its Centera XAM development, virtually signalling the end of the road for this object storage access protocol.

XAM, aka the eXtensible Access Method, is an SNIA-developed and maintained initiative that was intended to become a standard way to access fixed-content storage devices, such as EMC's Centera and Atmos. Centera came into being to store information that is stable and not expected to undergo changes. It's become a separate and smaller niche of storage alongside the mainstream block-access SAN and file-access NAS storage methods.

Object storage has become the preferred term now for what used to be called fixed content, and the various object storage systems are accessed through proprietary APIs or through a layered-on NAS interface. XAM was developed to provide a standard and object-aware way of reading and writing data to and from such products.

But the impetus for XAM has withered away. There simply isn't the demand for it. Activity in the SNIA Developer Group's XAM forum shows one post since December 2011. Now EMC has sent a message to its Centera community saying:

The EMC Centera team has recently restricted access to the XAM API as its adoption in the market has not materialised. Therefore, the Centera SDK API is the preferred method for application integrations with EMC Centera. If you are a new customer / partner or an existing Centera SDK API user, EMC supports using the SDK API for application integrations. If you are an existing XAM API user, EMC will continue to support the existing XAM API integration (XAM 1.0p3) but will only be providing new XAM API releases on a break / fix basis. In addition, EMC will not be extending XAM API support into our Big Data and Cloud family of products.

Thank you for your consideration.

XAM is effectively dead, and with it dies the idea of a single cross-vendor object storage access method.

The SNIA has its Cloud Data Management Interface standard. NAS with NFS is effectively the most practical way to have a cross-supplier object storage interface but not every supplier backs it.

Mike Horgan, the CTO for Interlock Technology, was a contributing author for the XAM 1.0 specification, and regrets the halting of further XAM development by EMC, commenting wryly: "Oh, the good old days of cross-vendor object storage." ®

Inspur, Huawei and Lenovo together shipped more in 2018