Forth was brought to Vickers' attention by an acquaintance, Chris Paterson, who worked at the PA Technology Centre, located just outside Cambridge and, coincidentally, where the first Dragon 32 hardware had been developed during the latter part of 1981. Pattison convinced Vickers of Forth's advantages - near assembly level speed, custom commands and a low memory footprint - and Vickers, after pondering whether Forth could be used as the native language of a home computer, pitched the technology to Altwasser.

Altwasser and Vickers worked quickly, Altwasser draughting the motherboard layout by hand, Vickers coding the machine's Bios, and Forth editor and compiler in Z80 assembly language. Other CPUs were very briefly considered and rapidly rejected, says Altwasser. Since Vickers already had Z80A assembly programming off pat, sticking with the Zilog chip meant no time lost while he learned a new architecture. 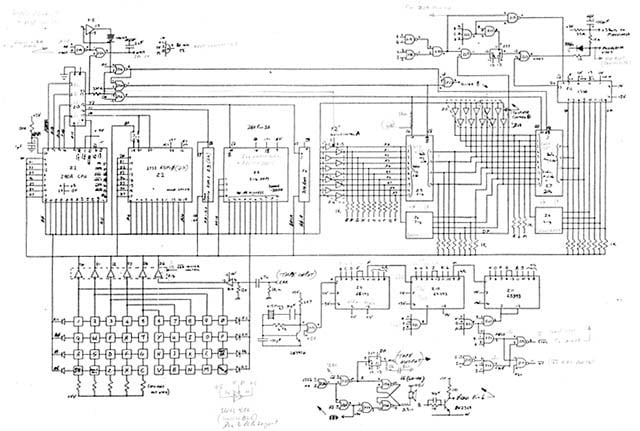 Complex custom chips were dismissed too as these would have increased the machine's cost and hindered the developers' desire to get the product to market fast.

"It also meant we could build and test prototypes very quickly," recalls Altwasser. "The hardware design was pretty straightforward. Much more time was needed for the software design and writing the manual, which were Steve's areas."

Developing Forth for a small home micro was not just a matter of writing an editor and a compiler, recalls Vickers. It also required a little deviation from the normal Forth methodology.

"Forth as it existed then had an edit-compile cycle. You edit a program, store it on disk, read it in, compile it and run it. That wasn't quite going to fit the model we had in mind where for something like the ZX81 you had just a tape [for storage] and you want to it as little as possible, and you want to make the process as interactive as possible - users key in instructions and they see the results on the screen immediately - like you did on a ZX81 or Spectrum.

"So one of things I thought was going to be necessary was an in-place editor, which is different from the standard Forth model. We also wanted floating-point arithmetic, something a lot of Forth programmers felt was unnecessary - they're wrong, if you ask me. I knew how to implement that from Spectrum, so that wasn't a problem to do, and we stuck that in as well," he adds. "There are novel features in my Forth."

By August 1982, Vickers and Altwasser were ready to announce the product, called the Ace in honour of the Pilot Ace - 'Ace' for 'Automatic Computing Engine'. The Pilot Ace was developed in the 1950s by the UK's National Physical Laboratory, where Vickers' physicist father worked and to which Vickers junior, as a young boy, would be taken to marvel at the equipment it had at its disposal. 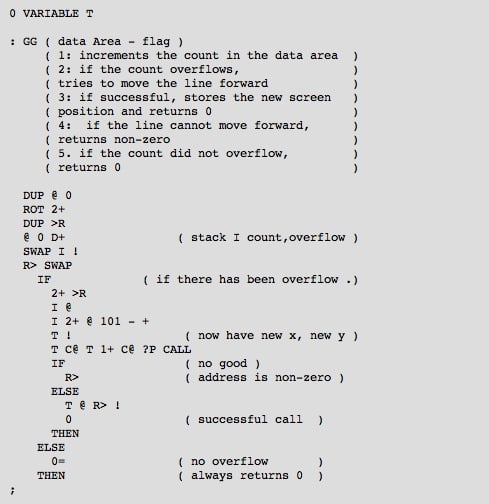 Vickers stated his debt to the Pilot Ace developers in his Forth programming manual, bundled with the new computer: "We [Jupiter] are simply the beneficiaries of 32 years of development that invented the printed circuit board, the transistor and then methods of packing thousands of transistors onto one small silicon chip; and in the process transformed computers [like the £30,000-plus, full-room Pilot ACE-based English Electric DEUCE (Digital Electronic Universal Computing Engine)] into machines for everyone."

To further cement this notion of standing on the shoulder of giants, the Rainbow Computing name was dropped in favour of Jupiter Cantab, to fly the flag for the company's home town, Cambridge.

Vickers recalls his work was essentially just a matter of writing the software needed to control the already defined hardware. "There weren't many things that still need to be tested on the hardware. I remember the cassette deck interface caused some problems and that needed some fine tuning during the development process. We had some embarrassing moments in exhibitions where it just didn't work properly."

While Vickers completed the software, Altwasser turned to establishing the manufacturing operation: choosing component suppliers, getting the parts they shipped to the firm handling the assembly. 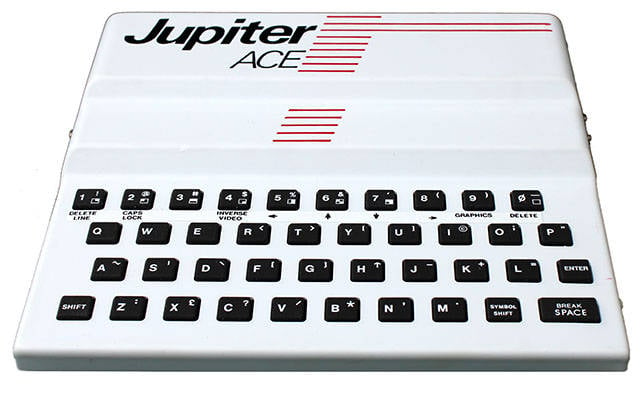 "We were able to negotiate with one major supplier of a lot of the components a deal to supply as and when we needed it," he recalls. Custom parts had to be ordered in bulk, but assembly was largely handled on an 'as required' basis, avoiding the need to stockpile too many unsold units, he remembers.

Altwasser and Vickers were not over-ambitious. They forecast initial sales would be satisfied by a production run of 1000 units a month, to be sold through mail order, as the ZX80 had been.

"It will be popular in the educational field because Forth is an easier language for children to learn," Altwasser told Popular Computing Weekly at the time of the Ace's launch.

Next page: ZX81 killer in a post-Spectrum age?
Page:

Social ad behemoth insists what it does it okay ... and what others do is not
Personal Tech2 Feb 2023 |

From the Department of Improbable Alliances
Off-Prem2 Feb 2023 | 3

Surely this is the trick to profitability
Software2 Feb 2023 | 36