Samsung has said that its Galaxy Note II 5.6in, 1280 x 720 smartphone-cum-tablet, which was launched earlier this month at the IFA show, will be out on Monday, 1 October.

All good stuff, but the key feature here is the presence of Android 4.1 Jelly Bean as the OS. 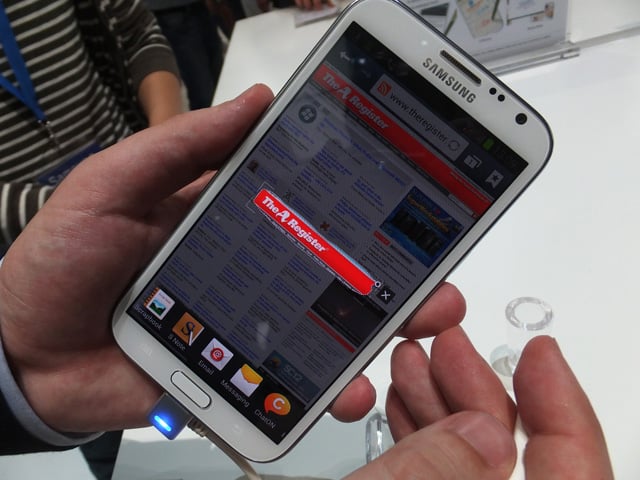 "We’re also evolving the technology to the point where it genuinely feels as though you’re using a traditional pen and paper," promised Samsung UK telecoms kit chief, Simon Stanford.

The Note II will be available from Samsung and all the major UK networks.

Read our hands-on first look at the device here. ®