Antique Code Show So I just re watched Cabin in the Woods (spoiler alert) and when the big glowing god hand explodes out of the earth in the last frame, I was left with a niggle at the back of my subconscious. 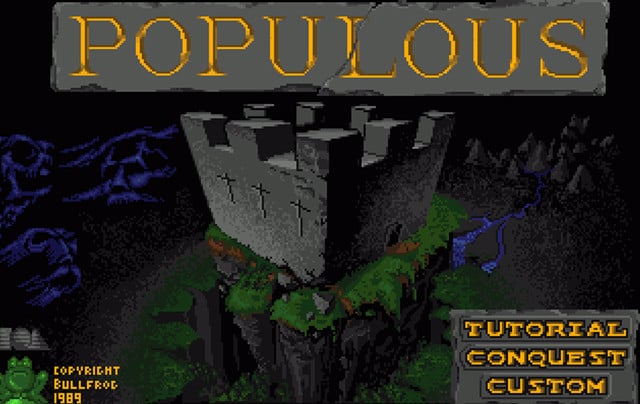 It wasn't till later in the pub that I remembered my formative god/hand experience was playing Peter Molyneux's Populous. This title is clearly the inspiration behind Lionhead's stunning Black and White and newer games like From Dust, but originates from the idea central of my favourite board game Settlers of Catan. 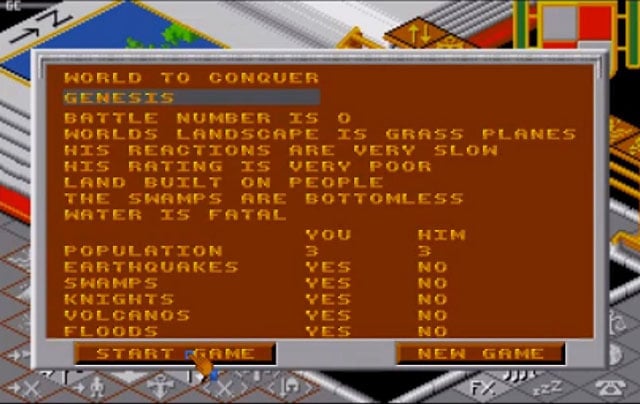 Populous throws me into an ancient world of good versus evil, where I battle against a gigantic crimson deity. But this game is about more than clash of the Titans, I need to create a world which allows my followers to settle, thrive and reproduce. I don’t control my followers actions but rather everything that affects them, such as the atmosphere and physical landscape. 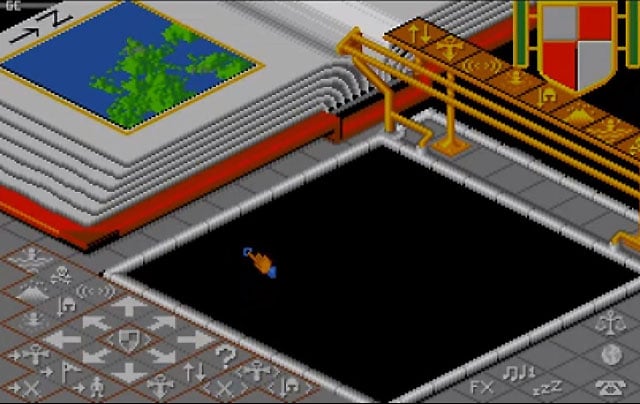 I control the world with my little hand of god moving around the map while casting spells and influence. This game is all about indirect control. I flatten the land with a poke here and a prod there and, as my minions build on this flat and fertile land, I gain more unearthly powers to shake up the bad guys with floods and earthquakes. Flattening the earth was mesmerising and I lost whole Sundays to creating a pancake world. 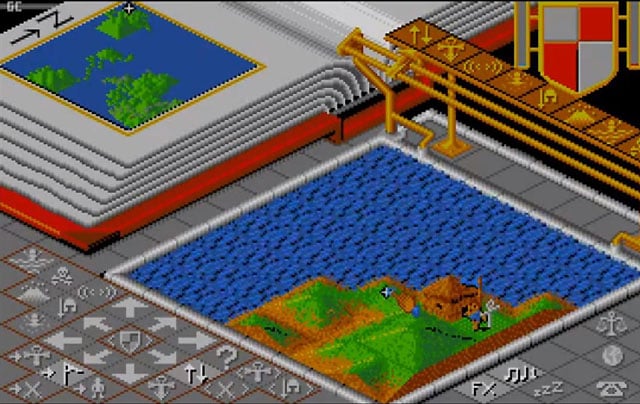 Getting my Aryan population through the first level is easy. If only world domination were such a breeze. Sometimes these guys get too complacent and I have to smash stuff up to get their attention so they will build some more castles and increase my power. 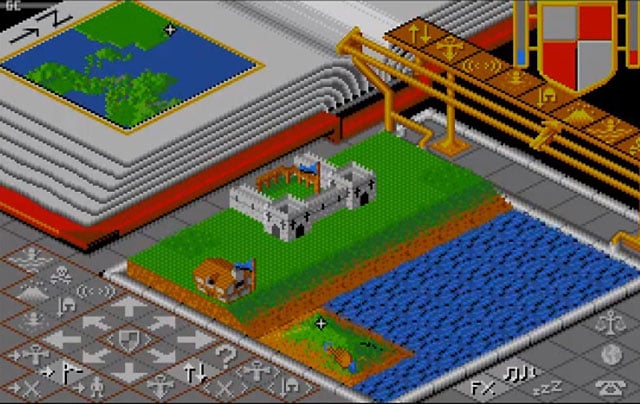 While I am moulding the world to my godly persona, my nemesis is doing exactly the same, trying to thwart me at every turn. His dark broody followers are trying to get all homo sapien on my neanderthal Nazi's. Surely time to lay down a swamp or if they are very unlucky, I might just whip out my volcano. 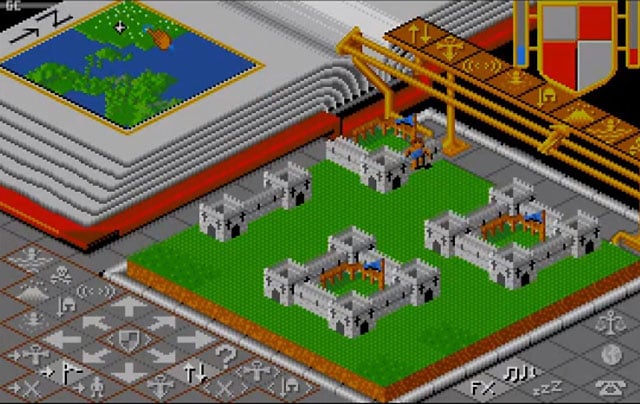 The oft times awkward controls are a letdown with some movements seeming slightly out of sync, but once familiarised with them, I got the hang of poke and pull quite fast. All the spells and the mana bar, increased by the number of followers and their worshipping skills, are relatively user friendly too. 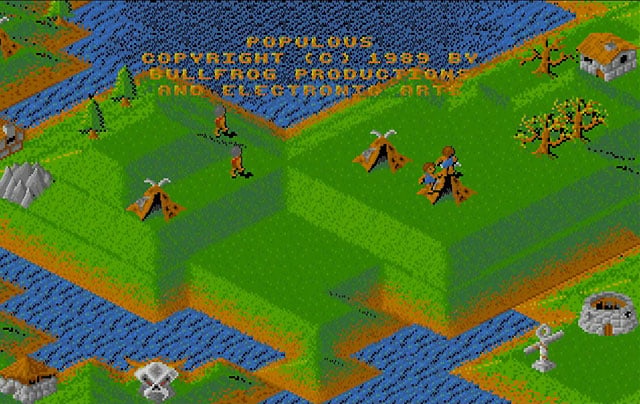 When I finally take the lead it's time to bring forth Armageddon. All my followers join together and struggle through one final heroic battle. Destroying everything on a map has never been so enjoyable. Indeed, I remember being impressed by how Populous looks. Clearly, a lot of thought and attention went into the quite complex UI and isometric world view.

With Populous, Peter Molyneux took some archaic ideas and redefined them into a surprisingly innovative genre. Massive in scale but relying on no more than a single click Populous made strategy gaming divine. As The Dayglo Abortions quite rightly sang in 1986 I'm My Own God. ®

Developer Bullfrog
Publisher Electronic Arts
Release Date 1989
Platform Initial release for Amiga, Atari ST and DOS.
More info Populous can be found on-line from around £15 to £25 for various platforms. A similar version of the game for iOS called Tribes Lite is available on iTunes.

Who, Me? Commanding & Conquering when nobody is looking

Pics The internet. Before Kim Kardashian. Yes, it really existed