Chucks XP out the Windows, makes way for Citrix Xen 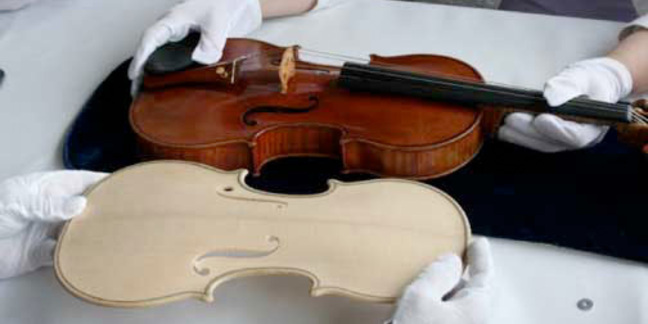 NATS is the UK's provider of en-route and other air navigation services. It is separate from the Civil Aviation Authority which is the UK’s aviation regulator with responsibilities for airspace policy, safety regulation, economic regulation and consumer protection.

Virtual Desktop Infrastructure (VDI) is notoriously susceptible to boot storms, when hundreds if not thousands of desktops start up at the same time – requiring the central storage resource on which the virtual desktop image files are stored to serve the files as fast as possible. Flash memory arrays, with their ability to respond to many more IO requests per minute than disk drive arrays – while taking up far less space and needing far less power – are becoming a an increasingly popular alternative to disk drive arrays for VDI applications because of this.

Walker talked to The Reg last year; you can see two videos here.

All of NATS' desktops will be migrated to VDI and away from physical PCs in a project running from this month to August 2013. NATS expects to save £9m over four years with its VDI implementation (compared to a disk drive array-based scheme) as well as becoming a "greener" organisation and adhering to service level agreements for its users.

The project, claimed to be the largest cloud-based infrastructure implementation in the UK transport sector to date, will improve collaboration between NATS and its business partners across the several NATS locations and regions in the UK.

Violin Memory's EMEA MD Garry Veale said NATS "will be able to deploy wholly new application capabilities to their user population without having to involve any ‘rip and replace technologies’.”

The power behind the thrones...

There will be two Violin Memory v6616 arrays which will be integrated with Cisco Switches for core networking, HP c7000 Blade Center and gen 8 ProLiant blade servers, supplied by Ultima Business Systems – which is also providing hardware infrastructure design and build services. Point to Point, a desktop and cloud application specialist, is leading on the design and build of the desktop platform and all related services.

Citrix NetScalers are being used for load balancing and secure remote access. The software applications are Citrix Xen App 6.5 and Xen Desktop 5.5. These will not be used initially, but the platform will be capable of supporting XenDesktop as and when required by NATS. The SW also includes Xen Server, Xen Client Enterprise, the full AppSense Management suite, and Microsoft SCCM and SCOM. NATS' project involves some existing desktops being re-purposed with light touch OS to access the virtual desktop service. There will be a small number of Wyse Xenith devices for hot desks or light touch user locations.

NATS is also evaluating thin and zero clients from a range of vendors for future use - the market is developing rapidly – particularly around system on chip devices with low power consumption and minimal desk-side management. The new VDI platform will also enable staffers to bring their devices to work, which, NATS says, is core to the strategy and enables "any device, anywhere" type access to NATS' IT services.

The organisation has chosen a cloud approach to get itself a strategic platform for service optimisation, scalability and agility as well as reduced cost per seat and a transformed end user experience; XP really is getting on. ®