A gaming bot has passed the Turing Test for the first time ever by successfully mimicking the traits of human gamers including irrational grudges and poor aim over long distance.

The University of Texas computer scientists behind winning game bot UT^2 – one of the two champions of the BotPrize 2012 competition – coded it to appear human rather than just to be successful at the game.

And it worked. The UT^2 bot, along with co-winner "MirrorBot", by Romanian Mihai Polceanu, was judged to be human 52 per cent of the time by judges competing in the game.

In six years of running the BotPrize competition, it's the first time that a bot has ever been considered to be a human over 50 per cent of the time, and this year two different teams pulled the exploit off. The two winners will split the $7,000 first prize. 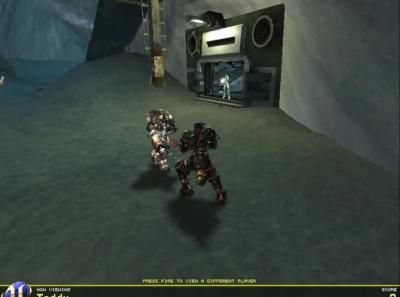 "It is generally recognized that NPCs [non-player characters or bots] are relatively weak in most video games: their behaviour is predictable and mechanical, and they often make mistakes that human players would be unlikely to make," explains Professor Risto Miikkulainen, who designed UT^2 along with doctoral students Jacob Schrum and Igor Karpov.

All the bots and humans play the first-person shooter Unreal Tournament 2004, slightly modified for the competition. The 3D environment and complex gameplay are considered to be a good testing ground of humanness.

Turns out that "human traits" in the context of first-person shooter games include grudges, Schrum explained.

People tend to tenaciously pursue specific opponents without regard for optimality. When humans have a grudge, they'll chase after an enemy even when it's not in their interests. We can mimic that behavior.

The University of Texas bot-makers used two techniques to humanise their bot. The first was to program the bot to study and copy the behaviour of an actual human - picking up whole sequences of action such as the movements involved in getting-unstuck and running-around.

And a second technique was used to develop core battle behaviours for the bot: neuroevolution - setting certain parameters they considered human and letting their bot running through the strategies until a successful but also human-like set of behaviours had been created. Schrum explained:

In the case of the BotPrize a great deal of the challenge is in defining what 'human-like' is, and then setting constraints upon the neural networks so that they evolve toward that behavior.

And that meant coding in human weaknesses:

If we just set the goal as eliminating one's enemies, a bot will evolve toward having perfect aim, which is not very human-like. So we impose constraints on the bot's aim, such that rapid movements and long distances decrease accuracy. By evolving for good performance under such behavioral constraints, the bot's skill is optimized within human limitations, resulting in behavior that is good but still human-like.