So here we are in 2012. This, now the third iteration of the 13-incher, was released this summer and provides a healthy speed boost touting an the same chippery that can be found on the latest Ultrabooks and (at last!) USB 3.0. Otherwise it’s visually identical to the model it superseded. No surprises on that count: once Apple has a successful design it sticks with it for the long run. 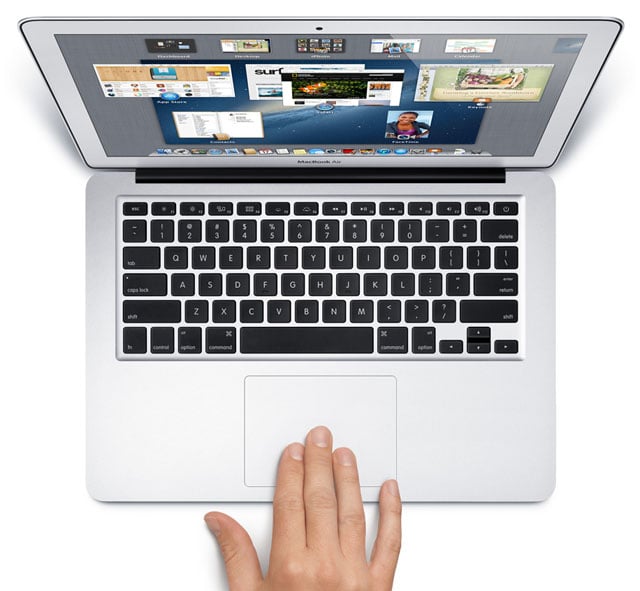 And I’m coming from the perspective of being an 11in MacBook Air user. The smaller Air sibling has a 1366 x 768 display and weighs even less, not much more than 2lbs. It’s almost as light as the leather shoulder bag I carry it in, and the weight/performance ratio seems miraculous. But the screen is so dense, it is not a pleasant experience to use for very long.

The keyboard is the same as on the MacBook Pro – and is the same size as the Air – the only difference being the function keys on the Air are the half-height of those on larger models. The Air saw the On/Off key – a feature of Macs in the Eighties and Nineties – return to the keyboard after almost a decade. And it’s much more comfortable to use - there’s somewhere to rest your wrists.

What’s new in this refresh: the Ivy Bridge chipset in the Summer 2012 Air gives around a considerable speed boost. Although available in Intel Core i7-3667U guise too, this no-frills 13in Air, with its 4GB of RAM and 128GB SSD, features an Intel Core i5-3427U CPU and tests running Windows 7 PC Mark benchmark in Boot Camp scored 4351 – a 20 per cent improvement on the Sandy Bridge model it supersedes but not as nifty as the 5422 score of the pimped-up Intel Ivy Bridge Whitebook we tested recently. Even so, the machine feels considerably faster overall.

With USB 3.0 joining the Air family, and with Thunderbolt now standard across all Apple portables, you shouldn’t be too hampered for high speed peripheral connections. Even though the promise of Thunderbolt is still largely theoretical. The long-awaited hubs have yet to appear – the closest you'll get to one of these is the impressive array of connectivity found on the back of an Apple Thunderbolt display. 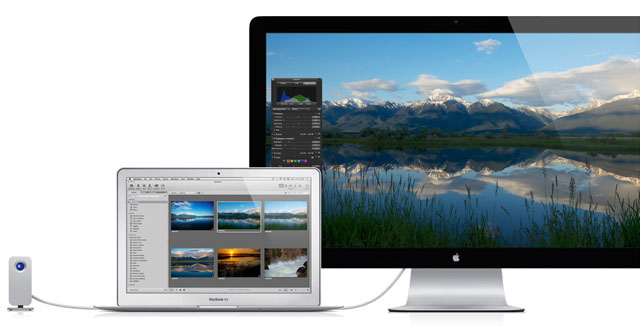 Thunderbolt features across the range, but only a few peripherals have materialised

Battery life was interesting. I can now see why Apple decided to turn off the option of showing “time remaining” in the menu bar: the time estimate fluctuates wildly in Mountain Lion, although the recent 10.8.2 update seems to have improved matters. Some gentle use with the screen at half or one third brightness produces a time estimate well in excess of seven hours on a full (or good) battery charge. But leave a few web pages running, with the dreaded Flash, and it’s cut to three and half.

Overall, it’s good for its 7 hours typical use estimate. 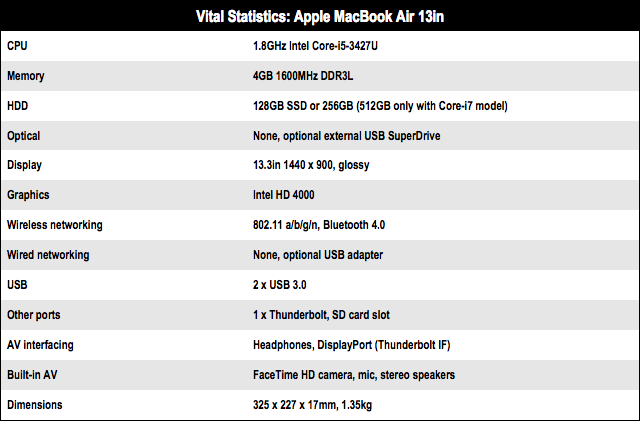 Next page: Getting wired
Page: