Imagine a shared storage resource that needs no storage array hardware at all, has no central controller like a Virtual Storage Appliance (VSA), protects your data, and involves little or no system management.

It's a product being developed by three graduates of Scotland's University of St Andrews, and if it takes off it might change the storage game for networked workstation shops that don't want to buy a SAN or filer.

AetherStore is shared storage built using spare disk capacity in a network of peer-to-peer workstations. There is often quite a good few GB of such under-used capacity. The product is being developed by software startup AetherWorks in New York, a research and development shop formed with private funding by the three young boffins. They plan to commercialise software coming from research and development.

The startup was founded by St Andrews compsci PhDs Robert MacInnis and Angus Macdonald and director of research Allan Boyd, another St Andrews BSc grad who is continuing his doctoral work on autonomic, fault-tolerant distributed systems. 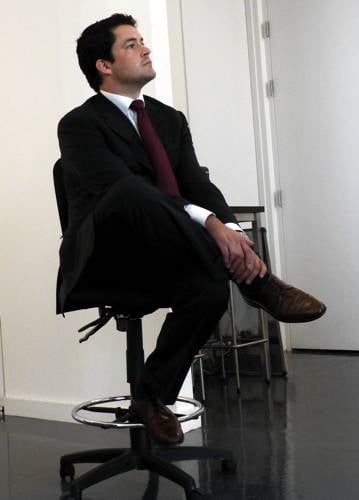 MacInnis said: "A central goal [of AetherStore] is to obviate the need for any SMB to purchase, set up, and then perpetually maintain a central storage server ever again. Further obvious benefits come in terms of lower hardware costs (zero), the removal of central points of failure, and ... no additional power costs."

All workstations, desktops and notebooks have some spare disk capacity. This can be aggregated together to form a virtual disk, a software construction, which behaves like just another drive as far as the users are concerned. They then get access to more storage than is actually available on their workstation. A background process encrypts data, disperses file fragments across the network, and looks after backup to a secure web-based service such as Amazon or Mozy.

The background process deduplicates files to save space and network bandwidth. When a user accesses a file that it is not on the local disk, it is fetched and rehydrated.

Each workstation has a manually set up Config file which is needed to make it an AetherStore server with, for example, an H: drive, the AetherStore virtual drive. This storage resource is accessible remotely and securely. A secure cloud storage service is used for versioning, the remote access and long-term backup.

AetherStore, because it has no central controller, is protected against that potential point of failure. The system is fault-tolerant. If a node in the network or its hard drive fails then the file data it held is reconstructed from the other nodes.

All data is encrypted, which answers security needs. AetherWorks says it provides the write speed of a local drive, shared storage like a networked server and the long-term backup and remote access of web-based or cloud storage.

It scales because it grows with each additional workstation. The only IT cost for incoming employees is a new workstation. Newly-created files are deduplicated by the originating workstation and then distributed in fragments across the network, with each fragment having four copies stored for redundancy. 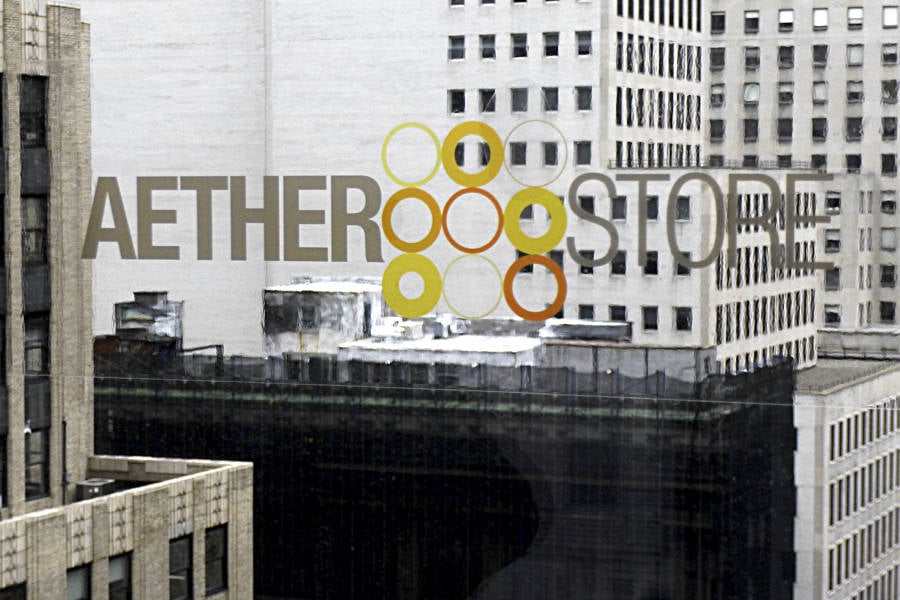 Each file in the system has an auditable version history.

MacInnis claims AetherStore requires zero maintenance but this might be a bit of a stretch. It is software, it runs in each participating node and the configuration files have to be set up, with the amount if free space being made available specified. This is administration work and, as the workstation characteristics change, then the AetherStore software could need resetting to reflect that. We can say that, compared to a shared disk drive array, the maintenance burden would be negligible.

AetherStore supports the Windows operating system currently and could be extended to the Mac and/or Linux. Caching is used to speed access to files held on remote systems in the AetherStore. There is journalling. The set-up looks straightforward with a simple, basic system management involved.

If a node is detached from the network, its user can continue working on the file copies in the virtual drive. When re-connection to the network occurs everything is synchronised.

There are five customers in an ongoing alpha test and beta testing is being considered. It is very early days and a pricing model has not yet been worked out. Ditto a distribution model, though web download looks a good fit to what is likely to be a low price, so low it could rule out reselling. One of the five alpha testers is a school, which seems a pretty good fit to AetherStore with PCs per classroom and office that are often under-utilised. Another is a 52-branch cake shop chain, again with one PC per branch.

A cloud storage tier is being considered by the company, with Microsoft's Azure being a primary target. Amazon could be another one.

There is a white paper (PDF) available to learn more. Registration is required.

The target buyer has no SAN or NAS, and no wish or budget to buy one. They have several workstations networked together. They don't like cloud storage, thinking it risky because the network access could fail and data access speed is low.

AetherStore looks like ingenious and technically astute software that can provide a storage need unmet currently; shared storage for organisations too small to be able to afford a networked storage array or even a central server with shared storage. ®