And make them red, says Conroy as he brags of “unfettered power” 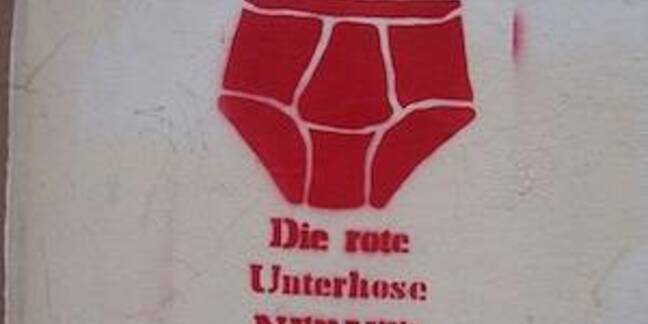 Australia's Minister for Broadband, Communications and the Digital Economy Stephen Conroy has bragged of his unfettered power to command local telcos, saying it gives him the power to compel them to wear red underpants on their collective heads.

Conroy's remarks were made at the Columbia Institute for Tele-Information conference in the USA last week. The context for the comment was Australia's imminent spectrum sale, which like others around the world will be conducted as an auction.

Conroy's speech saw him point out that Australia's auction rules differ from those in other nations, because the Minister has executive power to set the rules for the sale, to the extent that:

“If I say to you, everyone in this room, that if you want to bid next week in our spectrum auction, you had better wear red underpants on your head, I have got news for you: you'll be wearing them on your head. I have unfettered legal power.”

Inevitably, someone with a camera in the audience recorded the speech posted the results to YouTube.

While the comments are, prima facie, rather startling, they can also be construed as a colourful way of describing Australia's telecoms regulation landscape.

The reportedly teetotal Conroy is not generally gaffe-prone, but has acquired many fierce critics thanks largely to his backing of a policy to create a national internet filter for Australia. The antipodean nation has also recently tabled data retention proposals that have earned the ire of civil libertarians and the attention of Anonymous. ®

Brandistan in the antipodes: government eyes your Twitter metadata