Why voice calls on 4G may be pants (at first)

Another, more battery friendly alternative to dual-network communications is simply to provide a separate VoIP app for LTE voice. But that throws the notion of integrated mobile networks out of the window and, for some observers, will only hasten the uptake of third-party VoIP services, such as Skype.

Network operators might not care about that if voice didn't contribute so much to the money they make off each user. There may well come a time when their revenue will come solely from data traffic. At that point, the networks shouldn't care whether voice is handled by their app, Skype's or another - it's all just data, after all. But that's some way off. 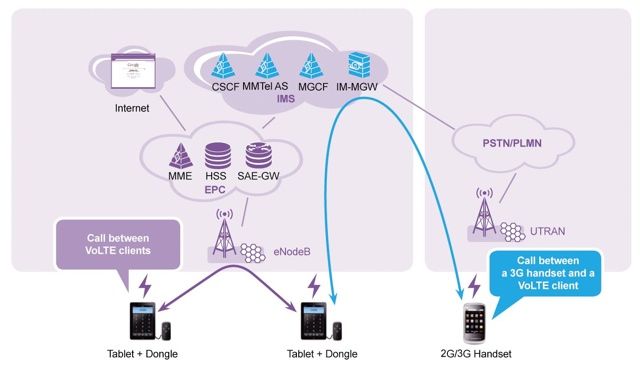 Offering an "over-the-top" VoIP app might bring that point about sooner, but most carriers seem unwilling to risk it. A notable exception is Spain's Telefonica, which has launched TuMe, a VoIP-based text and voice service with Android and iOS apps. But it's not ready to replace VoLTE. It can't be used to call emergency numbers, for example, and it's not finely tuned to the network it's running on in the way that VoLTE can be. VoLTE has quality-of-service built in, unlike OTT VoIP, so the voice call is guranteed a fixed slice of the available bandwidth with data taking the squeeze if bandwidth gets limited.

That leaves CSFB as the least worst pre-VoLTE approach, and it's the one most operators are likely to adopt in the short term. They consider it good enough for most punters. Users won't object overly to the extra time it takes to connect the call, they think. By the time they do, VoLTE will be more widespread and delivering better call quality than the OTT services can.

But the longer they take, the more type Skype and co. have to get better at delivering rock-solid VoIP over 3G and 4G networks they don't control.

The sound you hear is the mobile industry collectively crossing its fingers.

VoLTE is already happening. Some operators may be holding back, but others have leapt in. US carrier MetroPCS rolled out VoLTE commercially in August, and so did Korea Telecom and SK Telecom. But they're the exception. Some observers believe they've deployed too soon, before the technology is mature. 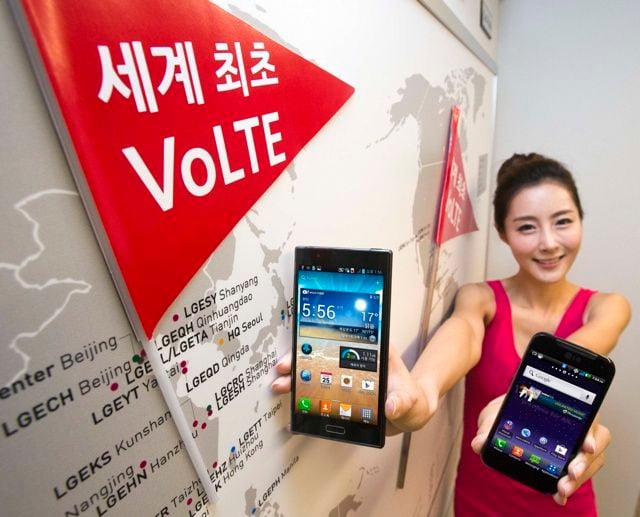 Here in the UK, the LTE prime mover, Everything Everywhere, appears not to view VoLTE as a running until 2013. It too is betting on CSFB being good enough, but of course it won't know for sure until people being using its 4G service in earnest.

Vodafone, O2 and Three, meanwhile, can't leap in until they hear the results of the upcoming 800MHz and 2.6GHz spectrum auction. This means it'll be late 2013 before they're ready to go, and VoLTE should be a more mature technology by then. VoLTE-capable handsets should be more readily available too, like the LG Revolution and the Samsung Galaxy S III LTE - but not, despite its 'HD Voice' capability, the iPhone 5.

EE's apparent willingness to hold off on VoLTE until next year may ensure it loses the advantage of kicking off 4G services early. Then again, its first customers are probably more interested in high-speed data than voice. ®