Review A car passes through a foggy forest. In the back seat, memories wash through a floppy-haired teenaged boy's mind. He recalls another night drive, one on which his mother spirited him away before a stepfather could despatch him to live on a creepy cult's hidden commune.

Years later the family emerges from the same car and unpacks its belongings in a house the mother proclaims “cannot be seen from the road”. The teenager opens his suitcase and removes his prize possession: a Commodore 64.

Thus opens UNDERGROUND - The Julian Assange Story, an Australian dramatisation of Julian Assange's early life that debuted at the Toronto Film Festival and will go to air for the first time this Sunday. The Reg was offered access to a preview by Channel Ten, the Australian network that commissioned the film.

Assange is quickly revealed as adept at phone phreaking, illegally logging on to banks, Commodore 64 repair and acquiring amorous attention from members of the opposite sex. Australia's Federal Police, by contrast, aren't sure they even have a computer with which to begin to track Assange, or Mendax, as he prefers to be known online.

Motivated by the fall of the Berlin Wall and his mother's anti-nuclear activism, Assange starts to find online expressions outlets for his emerging radicalism. Those pursuits prove more interesting than his pregnant girlfriend, to her understandable chagrin. The arrival of a son can't divert him from his nocturnal online activities, as with Iraqi tanks rolling into Kuwait and the US responding Assange feels he can influence global events by exposing truths he has found online. 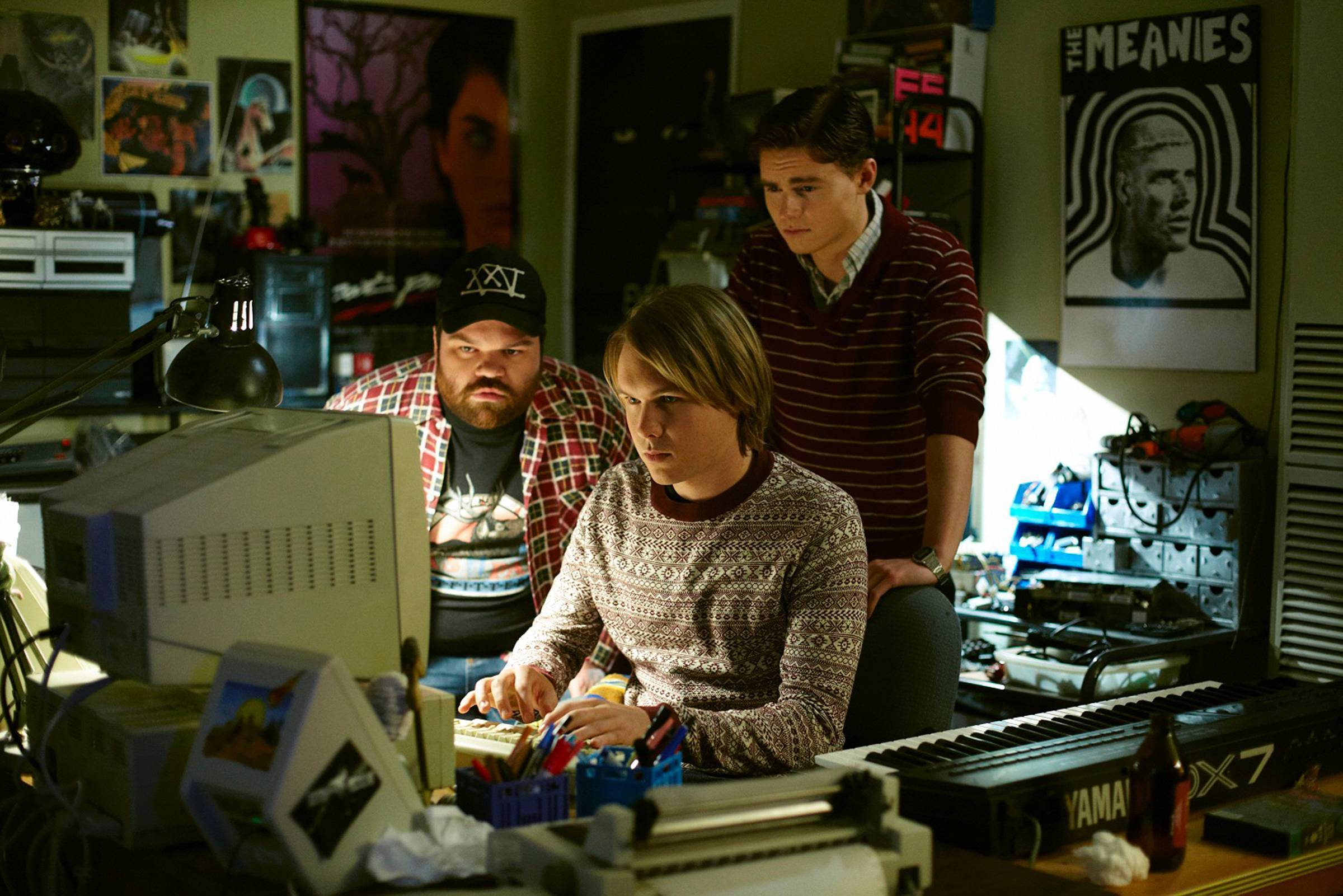 and Callan Mcauliffe as Prime Suspect

The resulting exploits make his online footprints easier to follow, the cops bumble less and the film evolves into a reasonably predictable thriller.

Based partly on the book Underground: Tales of hacking, madness and obsession on the electronic frontier, to which Assange contributed research, the film is a little heavy-handed. Parts of the plot seem to project facts about the Assange we know today onto the teenaged Assange. The film's early moments in which the family dodges the cult, for example, are used to portray Assange as someone who knows only life on the run. It's understandable that writers wanted to reference current events, but the device still feels forced.

Overall, Underground is a slick production by the standards of Australian television, which means it's a little clunkier than a cinematic cousin, the BBC's Sinclair telemovie, Micro Men. It replicates that film's knowing and respectful homage to computers of past ages, throwing in some delectable references to Australian alternative culture in the late 1980s along the way.

If you're within the film's Australian broadcast footprint this weekend and want to watch some telly, a glance at the schedule suggests you'll do worse than dedicate a couple of hours to the program. We've no word on when, or if, the film will make it to the rest of the world or what sort of outlet might make it available. If you find yourself able to access the film where you reside, you'll find the film gently entertaining but far from enlightening. ®