Microsoft has set the date for the unveiling of its Windows Phone 8 smartphone operating system: October 29, four days after the scheduled Windows 8 launch. 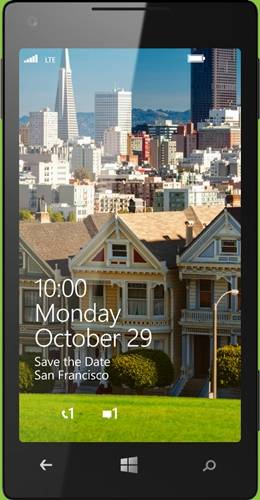 There are good reasons to link the two together. Microsoft is promising a shared code set between its desktop and smartphone operating systems, allowing developers to write crossover applications and giving IT managers control over smartphone encryption and device management.

Details on the event are sparse, but it's reasonable to assume that Microsoft will be showing off Nokia's finished Lumia handsets at the launch (which El Reg got its hands on last month), and there have been persistent rumors that Redmond might have its own handset on display – although Microsoft denies that's the case.

Developers are also a little in the dark. Microsoft has been very tight-lipped about the details of the new OS, and has made the software development kit for the platform available only to a select few developers with which it already has a relationship. This might be good for surprising people, but means there will be a paucity of apps at launch.

If Windows Phone 8 is going to be the success Microsoft hopes it will be, the company will need to have devices ready to go into shops close to the launch. The last quarter of the year is the biggie for mobile phone vendors, and if Microsoft is to have any hope of making an impression on the mobile market, it will need to have representative handsets available to the public either at launch or immediately after.