It may only have four footwitches but the StompBox also has four banks you can access – effectively providing 16 foot controlled functions. Simply press and hold one of the four stomp switches and you’ll enter that bank. Currently active effects in the bank will show as illuminated LEDs alongside each footswitch. If you’re not convinced that the change you were engaging has been successfully stomped, the app can be configured to display the currently active effect, so you can tweak as you twang. 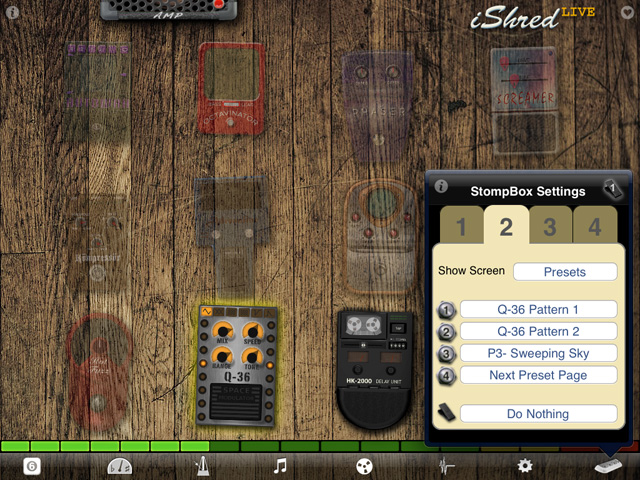 In use, there was a bit of lag between changes and also a bypassed effect seemed to be merely muted. So unmuting the delay before continuing playing resulted in a cascade of echoes from the previous phrase, which is less than ideal.

Talking of effects, the Stompbox/iShred Live combo is not brimming full of them, not for free that is. The virtual pedalboard area is littered with ghostly images of pedals that you need to pay for. Admittedly, some are only 69p, others £1.49 or £1.99 but it’s not the money that matters, it’s the meanness. As far as effects go, all you get from this package is a modulation (chorus) pedal and a delay (echo) unit. There is an amp with clean and overdriven settings along with a noise gate and tuner, but it’s a really underwhelming out-of-the-box experience. 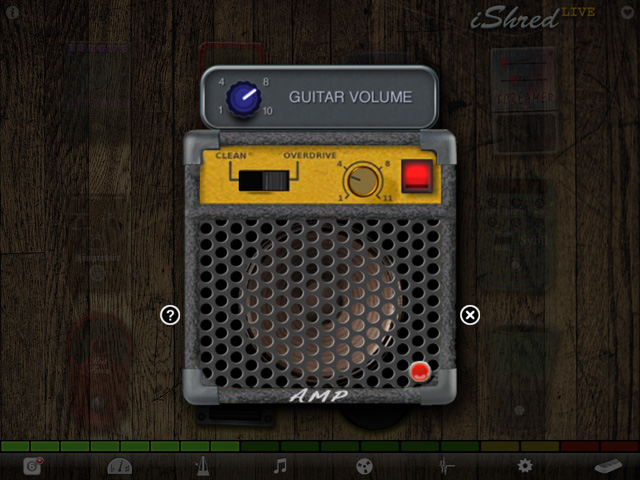 More underwhelming still, is the sound of that amp, even playing with coil taps and back pickup positions on Reg Hardware's Yamaha Pacifica 120H in-house axe, the sound is muddy and lacks bite. This is a shame because the modulation effect suffers as consequence, becoming dull rather than luscious and colourful. You could cough up £1.49 for the Adrenaline treble booster pedal, that should improve things – the preview before purchase that plays before and after demos seemed fairly effective – and no doubt JamUp Pro XT at £14 would end iShred Live’s useful life for any StompBox user.

Still, if you’re keen to practice, iShred Live not only has a handy metronome but more useful is its Music Player that can access songs in your iOS device’s iTunes library, as well as tracks recorded in the £1.99 recorder option. The Music Player also allows looping of songs or just specific sections, so you can hone your craft along with the finest. The pedalboard can be configured for metronome tempo tap and transport controls too, which is handy. 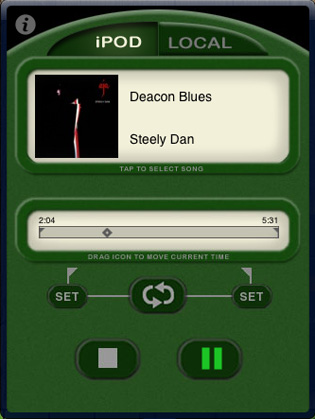 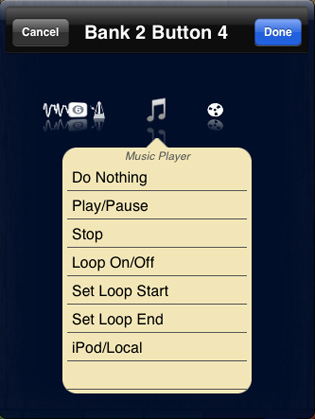 Griffin’s Stompbox seems like a good idea but in use it is a somewhat cumbersome one, especially using an iPad in landscape mode, with cables proving less than secure. Ideally you’d want all the audio connections to be housed in the pedalboard, rather than juggle with the potential tangle of dock connector and audio splitter leads. The pedalboard also feels like you’re flying blind in terms of banks and modes, and while some favourite set-ups could easily become well-worn, a couple more free effects apps would certainly make the purchase more appealing. And talking of purchases, Griffin's US store has it discounted at the moment which, including shipping to the UK, works out at about £50. ®