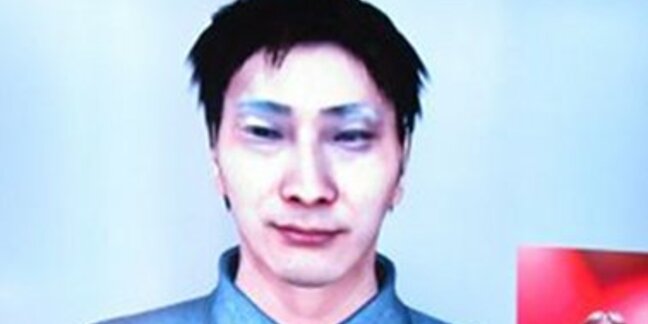 The hands-free specs contain six 180 degree, 720p cameras which capture the user’s face live before altering your mug in real-time to take account of close-up distortion and combining it with a prepared 3D image of your face – giving a vaguely cartoonish effect.

The mouth area is not yet covered by the cameras, however, with movement dictated according to the audio signal from the user’s mic, but there is a seventh camera on the rear of the glasses so that the user’s background can be displayed during calls to increase the realism.

While the result at the moment looks slightly stilted, the addition of more HD cameras to cover other parts of the face will surely render a more lifelike image.

The end goal for Docomo is to have the other caller’s image displayed on the inside of the glasses, resulting in an entirely hands-free, face-to-face experience.

It’s likely to be some time before this prototype makes it onto our shelves but the tantalising promise from Japan is an end to those disconcerting video conference calls where each caller appears to be looking anywhere but at the other person.

Other innovations showcased at CEATEC by Docomo included the Grip UI, a new type of interface which allows the user to operate their phone simply by gripping it in one hand in different ways.

Another was ibeam – a UI for tablets designed to allow the user to scroll a web page or turn the pages of an ebook with eye movement alone. Diginfotv has handy videos of the video phone glasses and Grip UI. ®

5G is not just a radio: Welcome to the fibre-tastic new mobile world

We've found another problem with IPv6: It's sparked a punch-up between top networks

Getting ready for CD-to-download sales shift