Lenovo has announced an 11in version of its still-to-ship Yoga tablet-laptop hybrid.

Part of the IdeaPad line-up, Yoga is so named because the hinge on its clamshell casing allows the screen not merely to be lifted up from the keyboard and folded flat against the desk but can be pushed further round to form a tablet. 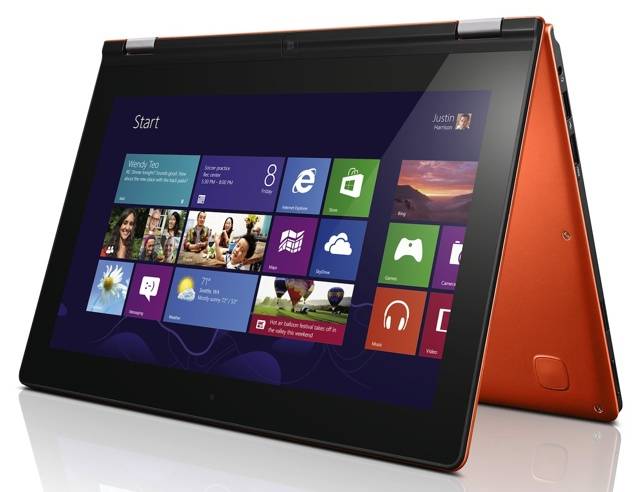 Lenovo showed off a 13in, 1600 x 900 version of the bendy device in January at the Consumer Electronics Show (CES), but the addition of a model with a 11.6in, 1366 x 768 panel will appeal to those who expect to spend more time using the gadget as a tablet than as a notebook - though it still weighs 1.3kg.

While the 13in Yoga comes with an Intel Core i7 CPU, the 11-incher has an Nvidia Tegra 3.

Both models will run Windows 8, of course. ®