The Freeview+ HD market has suddenly sparked into life. Having spent an age coasting on the coattails of Humax’s HDR-FOXT2, there are suddenly a slew of better-specified recorders hitting the streets. The View21 VW11FVRHD50 is one such newbie, mixing Freeview+ HD with IPTV connected services. While it doesn’t offer full-on Catch-Up like rival YouView, there is BBC iPlayer, YouTube, Flickr and Twitter onboard.

The View21 is a curiously designed DVR with a slightly bowl-like roof. If nothing else, it’s somewhere to put your bananas. Beneath the lid is a 500GB hard drive, enough room for around 312 hours of SD, or 125 hours of hi-def.

Connections include a Scart loop-through for legacy CRT owners, single HDMI and digital optical audio out, the aerial I/O, Ethernet and a USB 2.0 connection. The latter appears to be dormant, most likely for upgrade service use only. There is no HDMI switching or integrated Wi-Fi onboard. 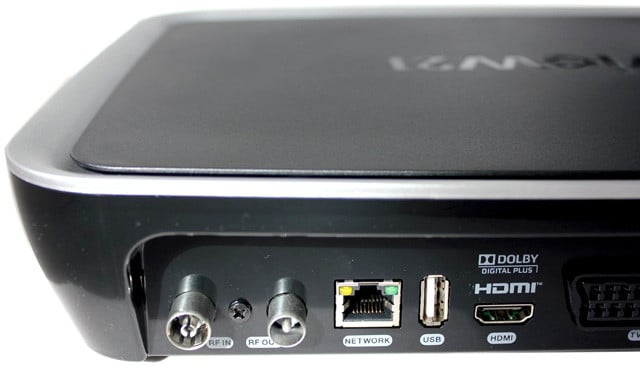 Just about all you need round the back

To use the Scart output would, of course, be crime against clarity. Especially a shame here as the GUI is wondrously crisp; it’s this which gives the entire box hi-def sheen, even when navigating skanky low-bitrate fare in the Freeview backwaters.

The box’s TV guide offers a live channel window and some familiar Freeview+ HD niceties: select an SD channel, and if available, you’ll be offered a one-touch jump to an HD version if it’s accessible, while the i-plate gives presents the usual programme info. However, the D-Book 7 recommendation engine hasn’t been implemented – this offers the user a choice of a similar shows to watch or record. 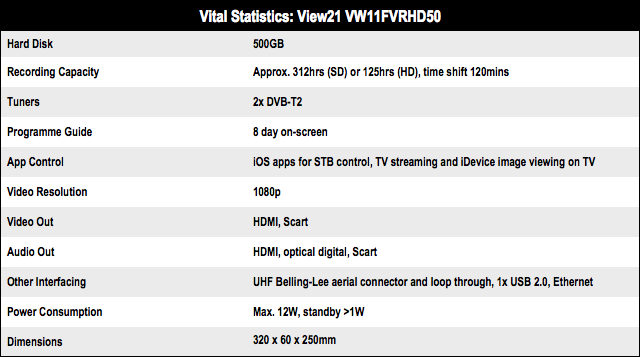