The ultimate in 'aesthetic appeal' – a featureless slab

Apple has filed a patent application for the ability to hide some of a device's components – such as its camera, biometric sensors, or even its entire display – until they are needed.

"Electronic devices are becoming more and more sophisticated, capable of performing a multitude of tasks from image capture to identity verification through biometric sensors," patent application 20120258773 notes. That's the good news; the bad news is that each new sensor clutters up the seamless shiny-shiny of an iDevice.

The solution to this visual junkiness? Hide the sensors needed to accomplish those tasks behind switchable curtains such as those enabled by a polymer-dispersed liquid crystal (PDLC) window, and make them visible only when needed.

In addition to hiding sensors, those switchable windows – as you might assume – would be appropriately color-matched to blend seamlessly with the device's case when they're hiding the components behind them.

In this way, "Devices and Methods for Providing Access to Internal Component" notes, iDevice designers could avoid offending their style-conscious customers with "a cluttered, unattractive electronic device."

The filing notes that even as the need for sensors multiplies, devices are getting smaller and the space available to add those sensors shrinks. And so instead of mussing up "the aesthetic appeal" of the shrinking device with a naked fingerprint sensor crowded onto a device's small face, for example, that sensor could hide behind a switchable PDLC window and make its appearance only when needed. 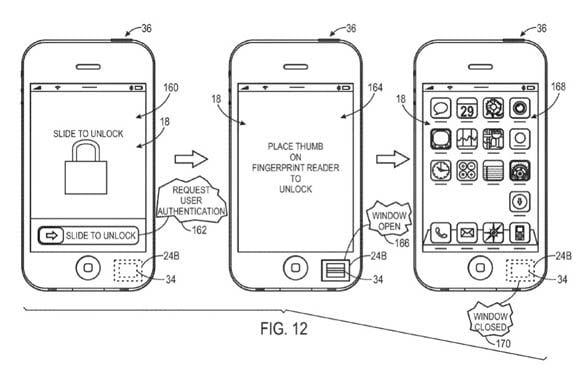 Why have that ugly bit of electronics muss up the aesthetic appeal of your next iPhone? (click to enlarge)

"When desired," the filing reads, "the electronic device may expose the concealed components by causing the electronic window to change opacity, allowing the components to suddenly appear as from out of nowhere."

The same technique, the filing notes, could hide a facial-recognition camera right behind a device's transparent OLED display, becoming visible and active when, for example, a snap of the user's visage is needed for identity verification at an online shopping site. 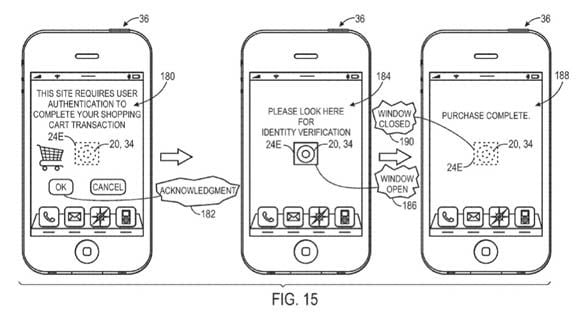 The filing doesn't liimit itself to biometric sensors. One example presented is that of hiding the device's camera and strobe behind a switchable window, and having them "suddenly appear" when needed – and, of course, the strobe could be behind its own PDLC window, and reveal itself only when lighting conditions require. 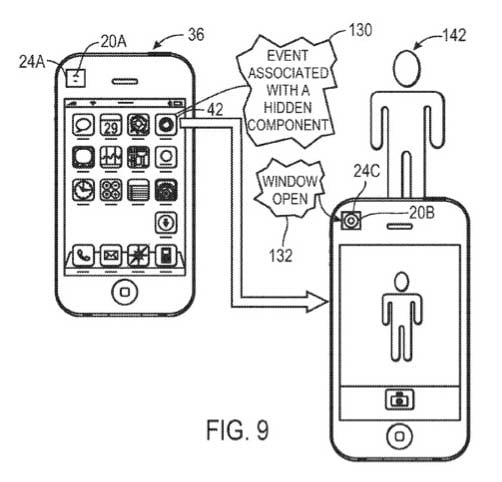 Tap the Camera app icon, and the app opens and the camera uncloaks, as does the strobe if needed

The ultimate aesthetic achievement of US Patent Application 20120258773 would be to have the entire display, along with all the device's sensors and cameras, disappear from view until needed. 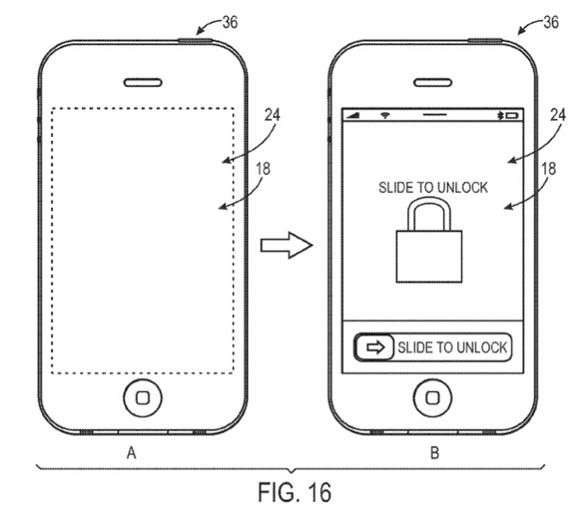 Even your iDevice's display itself could hide behind a switchable window

The entire iDevice would then appear to be be simply one seamless slab o' shiny-shiny, ready to reveal its inner goodies in a digital Dance of the Seven Veils. ®