Apple has been criticised before - but never for promoting original sin.

Seemingly emboldened by upcoming national legislation on blasphemy, Russian Orthodox Christians have defaced the logos on Apple products because they consider the bitten Apple to be anti-Christian, says Russian news agency Interfax (in Russian).

The radical Christians have replaced the Apple logo with a cross, claiming that the current Apple logo – well-known around the world and often voted one of the world's most popular logos – symbolises the original sin of Adam and Eve and is generally insulting to the Christian faith. 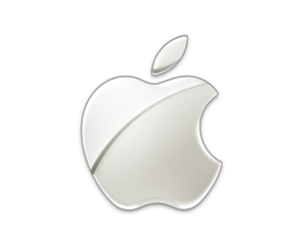 The work of the devil, and it's not just fandroids who think so

Unless it's an unusual example of grassroots marketing by a rival mobile-marker, it seems to be a genuine concern for these believers, who according to the reports include members of the Orthodox clergy.

A second article on the Apple-defacing loons on the Xbit site suggests that though they seem ridiculous, these radical Mac defacers could actually cause commercial trouble for Apple in the future.

A new law currently working its way through the Russian Parliament in the wake of the case of the Pussy Riot punk rock group would make it illegal to insult religion in the country, and Xbit speculates that there could be commercial impact, even a sales ban, if Apple fell on the wrong side of the law.

We note that the story came out a few days before the ruling in the Pussy Riot appeal - that was handed down in a Moscow court yesterday. Two members of the Pussy Riot band were sent to prison camp for two year sentences, and a third was set free. The band's members staged an anti-Kremlin protest in Moscow's main cathedral, Christ the Saviour, but insisted that their protest was political rather than religious in its nature.

We've asked Apple if it considers its logo to be promoting original sin, but it has declined to reply. ®