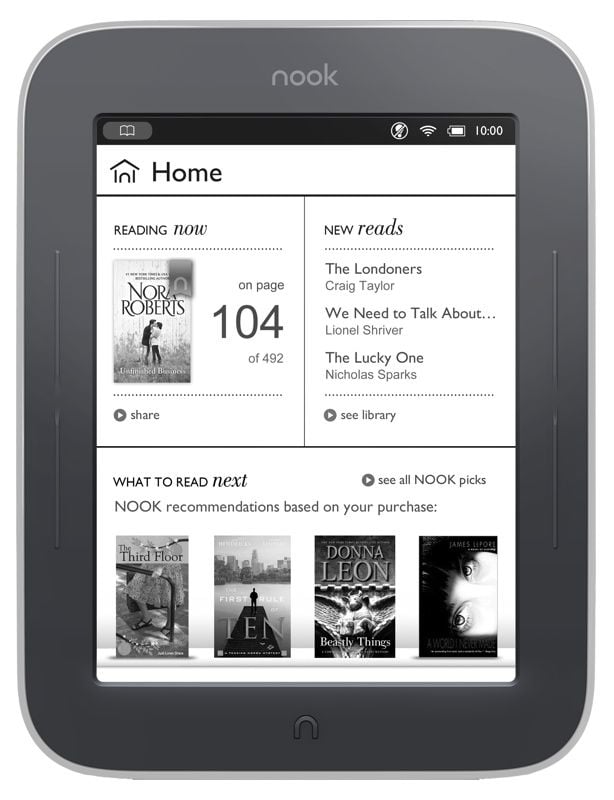 So what’s wrong with the Kindle Touch? Not a lot, to be honest. It’s a convenient size, there’s sufficient storage, it’s attractively priced, the screen is as good as e-ink gets, and there’s a decent catalogue of content you can buy to put on it. But for the Amazon tie-in - and that only applies to DRM’d material - it’s a fine e-book reader.

If you’re an Amazon customer already, there’s no reason not to buy one, unless you really feel the need to be able to buy e-books from multiple vendors. My various price comparisons have generally shown there’s not much of a saving to be made if you do want to shop around, but so much depends on which books you actually buy. 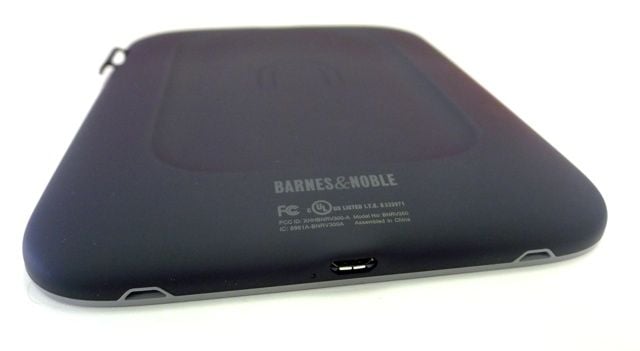 The matte back makes for a good grip; the micro USB port makes for good connectivity

The new Nook’s trick, then is to take all of the Kindle Touch’s already decent key features and improve on them just a little. The Kindle comes with 4GB of storage, for example, 3GB of which is available for book storage. The Simple Touch has only got 2GB, which is plenty for all but the most acquisitive of e-book collectors, but it also has a Micro SD slot good to take 32GB cards. The Simple Touch is lighter - 196g to the Kindle’s 213g - but not so you’d know it.

More importantly, the B&N offering is cheaper. The basic model retails for just £10 more than the touch-less Kindle - which also comes with 2GB of storage, but no memory card slot - while the version with the backlight costs the same as the un-illuminated Kindle Touch. 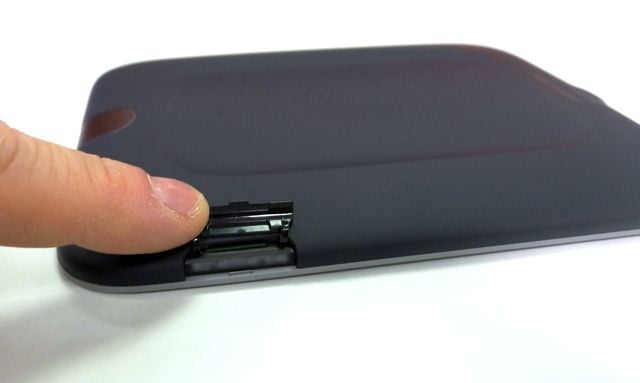 The Glowlight is what really puts the B&N product ahead. Now, I'm not a fan of touch-screen e-book readers. They add weight to an e-book reader and increase its thickness. They’re less responsive than phone or tablet capacitive sensors, and I feel constantly made aware not only of the need to press harder to trigger a scroll, a button press or a page turn, but notice the lag between the tap and the action. So much so that there’s always a moment’s uncertainty as to whether the touch was registered by the device, leading to many a multiple tap when one would have done. 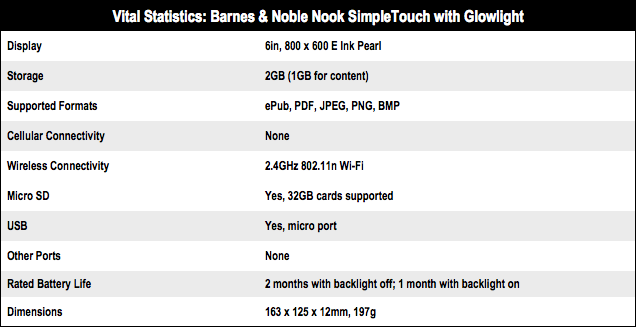 Next page: Strike a light
Page: