My only complaint here is that the Waves MaxxAudio 3 software provided with the N56VM isn’t particularly intuitive for less technical users. It provides a multi-band equalizer with detailed options for creating your own custom EQ settings, but there are no presets that beginners can use to quickly adjust the sound for pop, rock or other types of music. 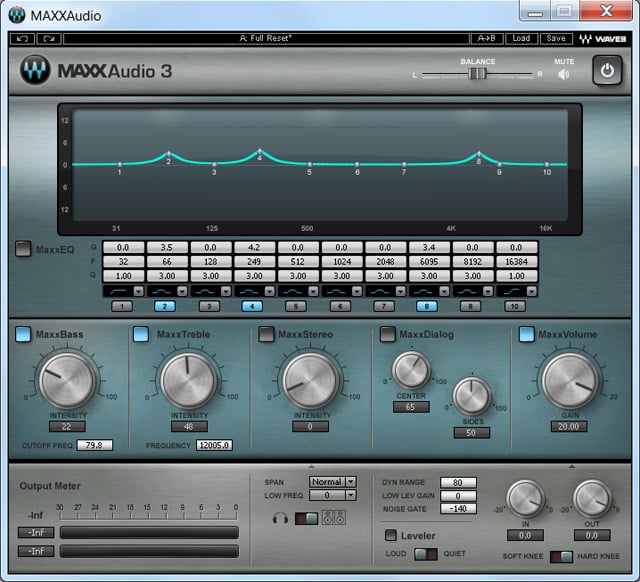 You could argue that MaxxAudio 3 encourages experimentation and while the equalisation controls are easy to get to grips with, some may find becoming acquainted with its dynamics functions less familiar territory. Still, there’s no doubt that the N56VM’s audio and video features make it an excellent option for entertainment at home or business presentations at work. It’s powerful enough for a variety of business and entertainment applications too.

The N56VM didn’t produce an outstanding score in our benchmark tests – coming in at a relatively modest 2547 with PC Mark 7 – but that was primarily due to the use of an unremarkable 5400rpm hard disk, which is left standing by the SSD drives found in many current laptops. Nonetheless, the N56VM feels nice and snappy most of the time and – despite the sluggish hard drive – wakes from sleep in less than five seconds.

It’s more than adequate for running business software, as well as multimedia work such as audio recording or video editing. The humungous vent on the left-hand edge of the unit did have me a bit worried about overheating from the i7 processor, but the base of the N56VM never became more than mildly warm during several hours of benchmark testing. 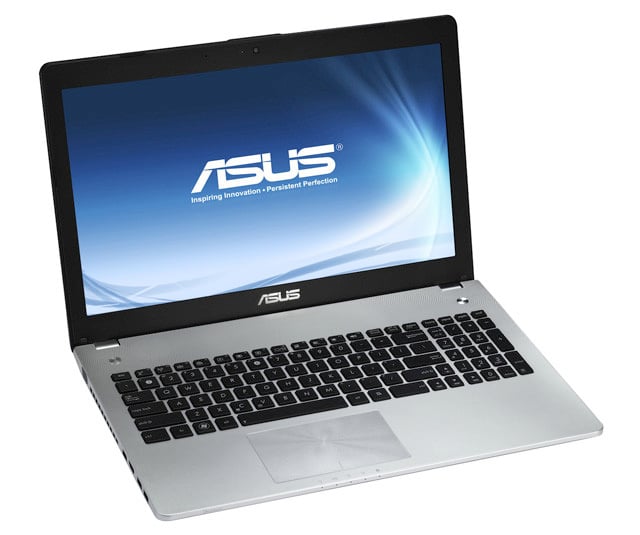 Quad core CPU but could really benefit from an SSD but as a multimedia machine, you'll want that space on the HDD

It even passes muster for some light gaming too. In addition to the integrated Intel HD 4000, the N56VM also includes a separate GeForce GT630M graphics card. Admittedly, this is a pretty low-end chip, but it managed a respectable 60fps when running Far Cry 2, compared to just 25fps for the Intel HD 4000. That’s not exactly hard-core, but it’ll do for a spot of casual fragging every now and then.

Battery life is more modest, though. The N56VM only lasted for 105mins when using the GeForce graphics chip with the PowerMark 1.1 benchtest. That was extended to 150mins with the less power-hungry integrated graphics, but is still considerably less than the 4-5hrs offered by many current laptops. However, I was able to get 3.5hrs when using Wi-Fi to stream video off the BBC iPlayer, so you could probably stretch that to around four hours for basic web browsing and running MS Office.

You are paying a bit of a premium for the 2.1 speakers, HD screen and Blu-ray drive, so if you simply need a fast 15.6in laptop then there are obviously cheaper options available. However, the N56VM is a very capable multimedia laptop that will earn its keep as part of your home entertainment system, or delivering slick multimedia presentations in the boardroom. ®