Theresa May gets a smile out of Gary McKinnon at last

'British justice is all we ever wanted', says mum

Gary McKinnon's mother smiled and cried as she thanked everyone from the Home Secretary to Bob Geldof for saving her hacker son from extradition to the United States.

She said that McKinnon had smiled for the first time in years on hearing the judgment today. 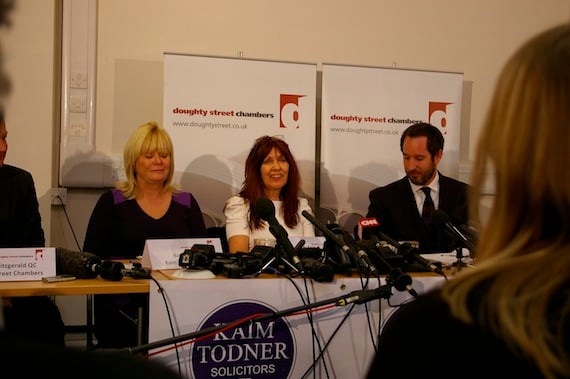 Janis Sharp, McKinnon's mother, thanked Theresa May for her courageous decision to let her son stay and face trial in Britain.

He felt like he was dead. He's had no job, no children, he hardly left the house[...] We have British justice now, that's all we ever wanted.

McKinnon's lawyer, Karen Todner, said that she hoped the director of public prosecutions would take into account McKinnon's psychiatric assessment and 10-year wait that the autistic sysadmin has undergone since he was first arrested in 2002 for hacking internal systems at NASA and the Pentagon. The DPP must decide whether to press charges against the hacker in Britain.

Yesterday's announcement marks the first time that a UK Home Secretary has refused an extradition request from the US since the controversial new extradition law was agreed in 2003, and Theresa May announced a change to the extradition process at the same time. Now British courts will decide where to try an international case in cases where there is a dispute, in a procedure known as the "forum bar".

Janis Sharp said her extradition campaign had been aimed at helping everyone in McKinnon's situation and that both she and her son took consolation in the fact that his case had changed the system.

"At least the 10 years and seven months has been something that counts". 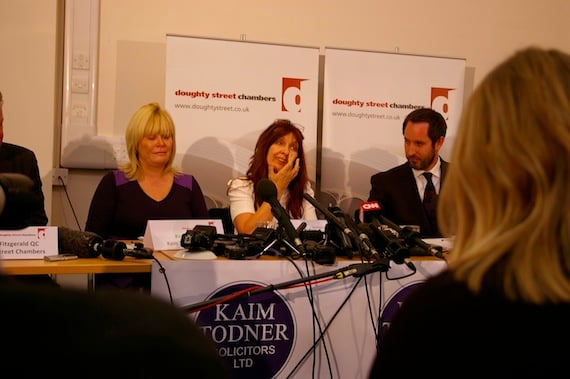 But it remains to be seen whether Theresa May's changes will make a difference to other big extradition cases being fought in the UK courts right now. And it's around hackers and people accused of computer crimes that the arguments are the most intense, with offences committed in bedrooms in Sheffield suddenly attracting the attention of American law enforcement agencies - as in the case of Sheffield Hallam University student Richard O'Dwyer. O'Dwyer, now 24, is facing five years in jail for hosting a TV link site.

The Americans are NOT happy about it. A State Department spokesperson on Fox News said:

"We are disappointed by the decision to deny Gary McKinnon's extradition to face long overdue justice in the United States. We are examining the details of the decision."

Change to the extradition law - but will it make a difference?

Todner and international human rights specialist Edward Fitzgerald QC remained tight-lipped about whether shifting the decision to extradite from the Home Secretary to the courts would make a difference.

I welcome most of the changes announced, but I suspect the devil will be in the detail. The extradition act has been a disaster for so many people.

We'll just have to see how it plays out.

The Home Office said that it would still not require the US to produce prima facie evidence for its extradition requests. The US can demand that a British citizen be extradited to the US for a crime committed in the US on grounds of "reasonable suspicion".

In a case as recent as last week, Briton Talha Ahsan was extradited to the US for computer crimes - Ahsan was accused of running websites that supported guerrilla fighters in Chechnya and Afghanistan between 1996 and 2002. One of the websites was hosted in the US.

Ahsan had the same diagnosis as McKinnon – Asperger's Syndrome and depression – but leniency was not shown in his case.

Fitzgerald said that the "distinguishing feature" between the two cases was that Gary had been ruled, by five separate psychiatrists, to be at high risk of suicide. That had not been the case for Ahsan.

One irony of the case is that the Home Secretary had to use the 1998 Human Rights Act to rescue Gary - the only legal recourse for her to stop his extradition. The human rights legislation is not something the Tory minister has previously supported.

"It was only thanks to the Human Rights Act that she had the power to stop his extradition. If it wasn't there she would have had to send him over," said Fitzgerald. ®