No one stays a winner for long

When you look at the latest spate of acquisitions by broadline distributors, it's hard not to visualise an alcoholic who, concerned that he's facing a period of drought and associated health issues, decides the best way to deal with them is to have another drink.

The pace of acquisitions by major distributors like Arrow, Tech Data, Avnet and Ingram Micro remain unabated and for a period, certainly in the last few years, the smaller players have also played the guzzling game, downing the businesses of those operating in similar fields; CMS Peripherals and VIP come to mind.

During a summer of spending, Ingram Micro forked out $840m (including the assumption of $190m of debt) for BrightPoint, Tech Data spent $350m on SDG and Avnet hoovered up the rest of Magirus. These deals allow distributors to retain or increase revenue in a challenging market - Wall Street demands it - but the question remains, is continuous consolidation good for the channel?

It’s a way to grow in size, skills, presence, markets and geographies. Managed correctly and done at the right time it’s a great way of spreading your business wings; done badly and for the wrong reasons – as it sometimes is - can prove catastrophic. You run the risk of seriously damaging not only the business you acquire but your own and in the longer term indeed, the sector in which you trade in.

The repercussions will be felt by your clients and suppliers. So what are the dangers and pit-falls? And why do companies constantly run the risk of angry staff, dissatisfied customers and irate vendors – not to mention shareholders who are incandescent with rage over plummeting share prices, debt-laden balance sheets and depleted cash reserves?

The problem is, if you’re a public or listed company, it’s anathema to record static or declining revenue, irrespective of earnings per share or higher profitability on lower revenues. There is no escaping this in terms of the four major distributors and when gross margin erosion coincides, the position becomes untenable. You have to acquire.

Let's consider the cause of wafer-thin margins in broad line distribution. These include: a reliance on too few major reseller clients; pursuit of revenue at any cost; and ever-changing vendor support and pricing strategies.

Recently, we have witnessed rapid growth in mobility, virtualisation and consumerisation, all of which have further ‘stunted’ traditional component hardware volumes.

There has to be something wrong when you are forced to sell at cost or below cost and rely on volume rebates to show any kind of profit, or indeed, when the financial return on significant trade with a client is negative.

A Pareto analysis of many businesses in this and other sectors will show that as much as 80 per cent of transacted volumes rest firmly with only 20 per cent of clients. In broad-line distribution this ratio is more acute in that an even lower number of large resellers deliver as much as 50 to 60 per cent of revenue.

The reliance on volumes from the largest resellers leaves distributors vulnerable to pressure on pricing and support. When this is done often enough and to more than one supplier, this squeeze generally means a demand further up the supply chain to vendors to take the strain.

We have perhaps now reached an impasse where there is little more margin relief to give or to pass down. SMB resellers have already acknowledged they simply cannot compete with larger players given their ‘clout’ in terms of preferential pricing. Indeed some large resellers deal directly with vendors and this undoubtedly provides them a further advantage.

Meanwhile, major distributors have bulk, presence with wide geographic coverage and where they lack skills, they acquire these by buying small resellers or service providers with the composite strengths required. This trend has become more apparent in the last 12 months. It could indeed be argued that the "hybrid" is not yet dead but instead of it being a reseller with a distribution arm, it’s now a distributor with a reselling arm. 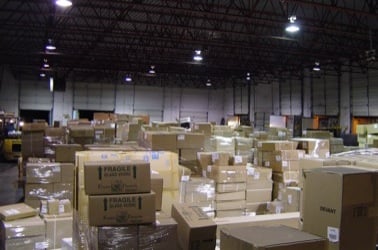 The reliance on volumes from the largest resellers leaves distributors vulnerable to pressure on pricing and support.

But the giants' acquisitions of large enterprise style distributors such as Bell Microproducts, Magirus, SDG and more broad line businesses such as Brightpoint, are considered vital for two reasons which have little to do with geography or acquisition of skills.

The first is the size of the business and its revenue bulk and the second is the higher gross margin achieved by those businesses or the enterprise or specialist parts of them. For the acquirer it’s a good thing, they retain or maybe increase revenue, encourage a couple of basis points more in gross margin and cut out costs and duplication. Shareholders and investors are happy and market capitalisation remains sound - For a period at least.

Next page: The effect
Page: