No one stays a winner for long

But a number of things immediately spring to mind, the first is a lack of choice - whether you’re a vendor or a reseller, given a narrowing of the funnel in channel routes, additional pressure on pricing and margin is likely. The second is a loss in the quality of service provided to channel clients, another is accessibility of credit lines to those resellers that previously purchased from both the acquirer and acquired. What’s left of the acquired business, either activity or people is also critical to the longer term return made on the investment in acquisition.

Vendors, and let’s be frank, very few of them are truly 100 per cent indirect, select what they want to keep themselves and share out what’s left. If they used seven distributors and now face the prospect of only four (one or two may not be to their liking) they have some difficult choices to make, more so if they have just dropped the acquirer in favour of the acquired.

Vendors may be tempted to increase sales volumes directly with resellers, and must surely be alarmed to see how high a percentage of their channel sales go through so few resellers. Neither are they happy to see a competing vendor now being embraced by the acquiring distributor. Vendors themselves have seen pressure on margins and a shrinking pool of distributors will do them no favours at all. They will have to move down and look at smaller distributors who may well deliver the required growth in the SMB sector.

And who can blame vendors? For all their efforts, some large distributors have pretty much failed to adequately penetrate the SMB reseller space and this is where the real pressure has and will continue to come on them from vendors. 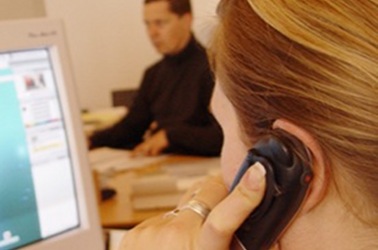 You can't fuss over an SMB reseller with a cell-centre-style sales team.

As for service, over the years one constant has been a decline in the quality of salesmanship and account management. The blame rests squarely on those that opted to ‘cut the cost of a sale’, forcing resellers to buy online and the advent of systems designed to encourage less and less human contact in order placement and processing.

Many “sales people” or “sales administrators” are nothing more than order takers instead of order creators. This call-centre style approach may keep costs low but does nothing to enhance the buying experience. SMB resellers are generally people and relationship focused. They like to be fussed over and have interest shown in them and this does not happen if you operate a call-centre approach to selling. It’s not for the SMB reseller to show the value they have but for the distributor to note and react to the value they see in the SMB reseller.

Major distributors' focus remains the top tier of resellers who deliver the revenue and yet even here, account management is perhaps in decline. Penetration of the SMB reseller market must be tangible and not rhetorical. Credit provision is not usually discussed publicly, but privately. When you acquire a business where the required combined line is beyond your appetite for the risk, or the terms offered conflict, it becomes problematical and can affect the choice of which business you do or don’t. There is never such a thing as one plus one equals two when it comes to credit lines, although issues can be tackled before time during due diligence.

Overlap the databases of distributors and you will see 80-90 per cent commonality. Overlap with specialist distributors and you will still see 70-80 per cent commonality and frequently the higher volumes in either case are with the same reseller clients. A fair bit of juggling is required. These are all issues you can put a number on. Others you can't, but they're just as important to the success or otherwise of sector consolidation. I’ve lost count of the number of businesses I’ve seen that were substantial and yet just two years later, the real contributors in terms of people have moved on and even the name disappears. It’s harsh but if you are acquired, this is probably what will happen.

Is there an end to this distributor consolidation? A lull is more likely but there are still some tasty morsels out there that could provide more real value and at lower cost than recently witnessed in the acquisition of SDG.

Are all acquisitions bad? No and certainly not for those acquiring or being acquired but some are ill-judged (HP and EDS spring to mind) and others simply occur to take out a competitor or grow market share which often provide only temporary relief.

Acquisition for the wrong reason, badly managed or which continues to narrow the vendor/distributor "funnel", with fewer bigger players will do this sector no favours at all.

It is this narrowing and lessening of choice where potentially, longer term, vendors, distributors, resellers, staff and shareholders all stand a chance of ending up losers. It's enough to drive you to drink. ®