Come on though - the submarine Lotus was pretty cool

Probably the second choice of iconic Bond car is Roger Moore’s Lotus Esprit Turbo – and you can get your hands on one of those for about ten grand, too. 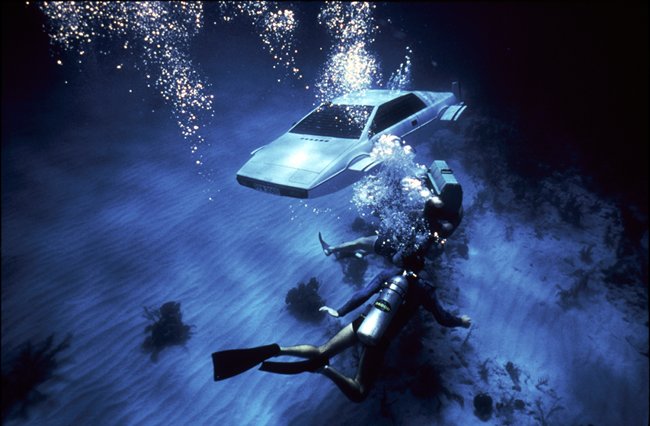 This is how you make a car hard to see

Ignore the cynics who will tell you that it is possibly Lotus’s worst car and that the name stands for Lots Of Trouble, Usually Serious. Focus on how it looked nearly as good as Ursula Andress as it left the sea for the beach.

What of the other cars we've seen Bond drive? Most of the affordable Bond vehicles are those Bond stole, rather than ones issued by Q.

An Alfa Romeo GTV6, from Octopussy, might be within budget if you’re feeling brave. They still look and sound amazing. You could even buy a BMW if you're of that persuasion – not the Z8 but probably a Z3 from GoldenEye or, even better, a 750i.

If you’re feeling really poor you could probably still afford half a 2CV as driven by Roger Moore in For Your Eyes Only. And in fact the widely derided Octopussy, a low point even in the Roger Moore era, does surprisingly well on the car front. You could probably also lay your hands on a Triumph Stag, which had a minor role in Diamonds are Forever.

So what else could Bond have driven? For early era Bond the cars he should have driven are mostly available on celluloid in the original Michael Caine Italian Job – a far better film for motor buffs. There’s an E-type, destroyed by the Mafia before the gang get to Milan, along with a DB4 convertible. It’s got the Minis of course but also the great Italian police Alfa Giulias. The film even found a leading role for a Series II Land Rover. Admittedly it would probably have been difficult to put Bond in an Italian car, or indeed a Mini, although Austin Powers - far more a creature of the 1960s - would have had no difficulties.

The Land Rover is the most obvious of the cars missing from Bond’s garage. Admittedly he did drive one, but not until the Living Daylights in 1987 – a bit late in the day. And Roger Moore does drive a Range Rover – another groundbreaking British car – in Octopussy. Bond missed other great British cars – it seems odd that he’s never once driven a Jag, or indeed a McLaren. And we haven’t even mentioned AC, Austin-Healey, Bristol, Jensen, MG or Morgan. 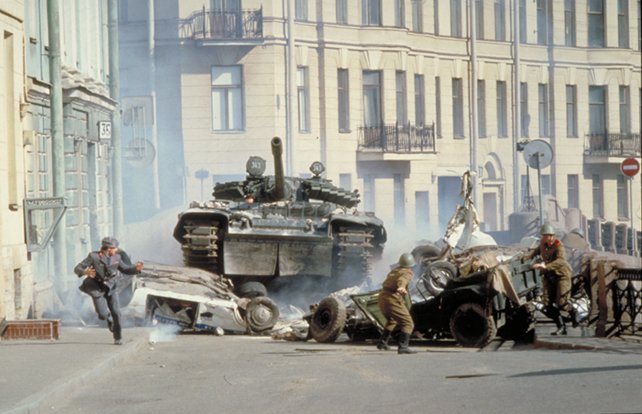 Setting aside the wistful might-have-been, it's the DB5 that's become synonymous with the Bond legend. What is it about this vehicle?

Your correspondent is nowadays working in classic car storage for a day job, we're fortunately in a position to find out.

I spent a sunny afternoon recently cruising the winding roads over the South Downs in the DB5 and I can report back that it was pretty bloody brilliant. The DB5 is comfortable and the big steering wheel gives you something to hang onto as it barrels round corners. The four litre, six cylinder engine is calmly and efficiently powerful without making a fuss about it. It’s got electric windows, which is pretty fancy for a car of this age. It handles well for a motor from long ago, and although not the quietest car would be perfectly pleasant to drive a long distance.

The steering, gear change and brakes do require a bit of muscle but nothing excessive. And the Bond girl in your life will be glad to find that you can get out of it without showing your arse cleavage.

Also, it's a car everyone recognises and everyone loves. Should you end up taking a wrong turn and blocking a small country road while performing a nine point turn no-one will hate you – seriously, I tried it. Stalling at junctions? Same thing. Try that in a Lamborghini.

There are some cars which beg the question "how does anyone afford that?" But the DB5 doesn’t create that response – it makes people smile.

For a fortysomething English man it is not really possible to be objective about this car. I had the Corgi model that fired Swan Vestas out of the front bumper, for god's sake. Even if I owned a real one I think it would be impossible to separate from its celluloid sister.

It is like being asked what you think of the Eiffel Tower – it just kind of is.

And driving it, however briefly and gently, doesn’t make this any easier. I could tell you it was tricky to reverse into the garage but you wouldn’t really care. Besides if you’ve got quarter of a million quid for one of these you’re going to pay me to park it, aren’t you?

Fate decreed the DB5 should become Bond's car and I'm inclined to agree fate got it right. And if - like Bond's current producers - you too buy into the DB5's iconic and special status, then you might be happy to learn that my brother-in-law has a lovely one, in silver-birch of course, for sale here.

You can also eyeball the original DB5 price list here (warning: PDF) for some comparison shopping. ®