EARTH was a BAKING LIFELESS DESERT for 5 MILLION years

Boffins have discovered that "lethally hot" ocean temperatures kept the Earth devoid of life for millions of years after the mass extinction that occurred 250 million years ago. 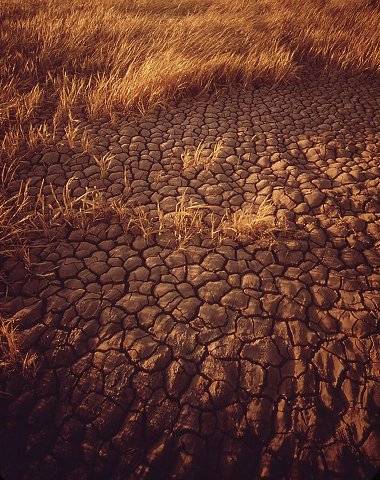 The global wipeout that ended the Permian era, before dinosaurs, wiped out nearly all of the world's species. Mass extinctions like these in Earth's history are usually followed by a "dead zone", a period of tens of thousands of years before new species crop up. But the early Triassic dead zone lasted millions of years, not thousands.

Boffins now reckon that the extra-long five million year dead zone was caused by screaming hot ocean temperatures in the tropics, making the land's forecast a balmy 50° to 60°C and 40°C at the sea-surface.

“Global warming has long been linked to the end-Permian mass extinction, but this study is the first to show extreme temperatures kept life from re-starting in Equatorial latitudes for millions of years," said study lead author Yadong Sun, a researcher at the University of Leeds.

In the dead zone, the tropics would have been very wet but with almost nothing growing, no forest, only shrubs and ferns, no fish or marine reptiles, just shellfish and virtually no land animals. Only the polar region would have offered any refuge from the blistering heat.

Before this study, scientists thought that the sea surface couldn't get any hotter than 30°C and certainly not the 40°C level at which marine life dies and photosynthesis stops.

Sun and his team figured it out by collecting data from 15,000 ancient teeth. The conodonts, tiny teeth from extinct eel-like fishes, were pulled from two tonnes of rock in South China. They form a skeleton using oxygen, and the oxygen isotopes are temperature-controlled. By examining the conodonts, the researchers were able to see how hot it was millions of years ago.

“Nobody has ever dared say that past climates attained these levels of heat. Hopefully future global warming won’t get anywhere near temperatures of 250 million years ago, but if it does we have shown that it may take millions of years to recover," Professor Paul Wignall of Leeds Uni said.

The study was published in Science. ®