Super, sexy media star about to be killed by cheap tablets?

It’s fitting that this is the fifth generation of the iPod Touch, because what you’ve got here is, in effect, an upgrade almost as ambitious as the recently launched iPhone 5.

Like the iPhone 5, the new Touch has had a bit of a growth spurt, stretching just over a centimetre to accommodate a larger 4in, 1136 x 640 “Retina” display. It’s thinner too, slimming down to just over 6mm thick and dropping 13g of weight in the process. To be honest, it feels a bit lightweight and flimsy when you first pick it up, but the new aluminium casing – carved, like the MacBook laptops, from a single sheet of the metal – should be tough enough to cope with a few knocks in a backpack. 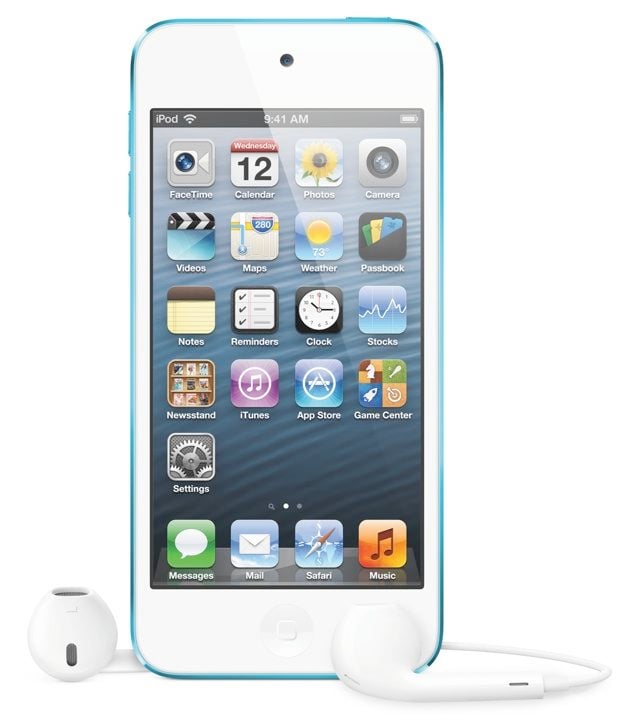 iPod Touch: neither phone nor tablet

And though it’s not scratch-proof, it’s not going to graze anywhere near as badly as the chrome-backed Touches of old.

The new screen is visibly better than the previous Touch’s screen, offering not merely more pixels, which is nice enough, but also greater colour saturation and an even wider viewing angle. Using in-cell technology to reduce the number of layers that have to be bonded together to make the IPS LCD panel brings the image closer to the front of the Touch.

Like the new iPhone and iPod Nano, the Touch now comes with a pair of Apple’s new ‘earpods’, albeit without a mic and control pod. These do provide better audio quality than their predecessors, but I still prefer to use a decent set of cans when listening to my music – so out came the Iron Fist headphones from Motorhead. The 32GB model I tested was large enough to accommodate my entire music library in 256Kb/s AAC format, and my collection of shamelessly 1970s rock and pop sounded great through the Iron Fists. 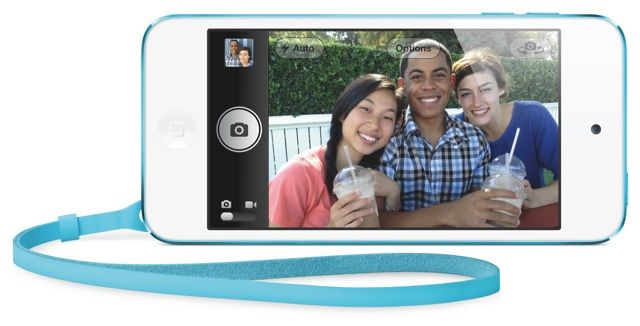 The bundled wrist strap will appeal to the Touch's youthful audience... but will the price?

The iPod’s Bluetooth support – now updated to Bluetooth 4.0 – worked just fine with the Altec Lansing wireless speakers that live in my bedroom. Handy that, since, the Touch has Apple’s new Lightning connector, which is incompatible with speakers sets like mine unless you cough for a £25 adaptor first. Wireless audio means you don’t have to.

The Wi-Fi side of things has been updated too, adding support for the 5GHz to the regular 2.4GHz. Nice, that, for folk with dual-band WLANs - the higher-frequency band is less interference prone than 2.4GHz. But it’s not a must have upgrade. Apple favours audio to be streamed over Wi-Fi, but I didn’t have any AirPlay speakers to test the Touch this way. 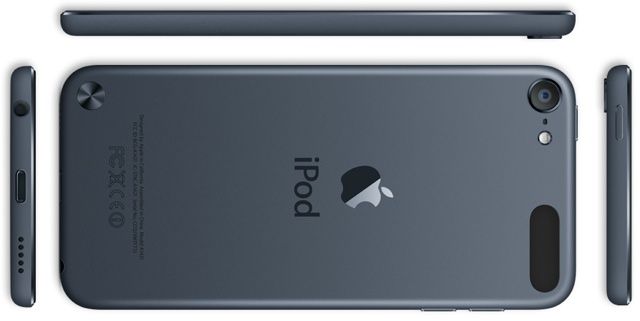 It is very thin

Music is all very well, but games have really been the killer app for the Touch. With that in mind, Apple decision to update the processor to use its own dual-core A5 chip will make the new Touch more tempting for owners of older models. The clock speed is unspecified, but reports online suggest it’s the same 800MHz chip found in the iPhone 4S. Apple says that graphics performance is as much as seven times greater than that of the A4 processor in the previous Touch, while general CPU performance is 2x greater. It certainly feels very snappy when flicking from screen to screen and launching various apps. Web browing with Safari felt faster and smoother too - the 5GHz Wi-Fi does have some advantages - and 3D games such as Infinity Blade II and Need For Speed run more smoothly than before.

Next page: Good at games
Page: