Eying the Pi in the sky?

Arduino, the microcontroller-based board for DIY electronics fans, has become dipped its finger into the ARM Pi.

The group behind the board has announced the Arduino Due - pronounced ‘doo-ay’, the Italian for ‘two’ - which has an Atmel 32-bit ARM-based CPU in place of the original board’s ATmega microcontroller, also from Atmel. The new chip runs at 84MHz. 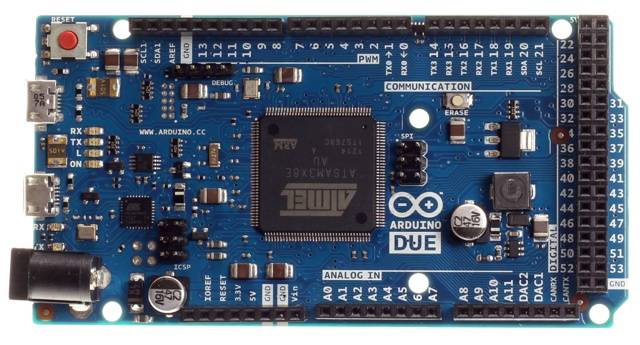 The Due also incorporates 512KB of on-board Flash storage, and the CPU has 96KB of on-die Ram. The board has 54 digital input/output pins, 12 analog inputs, four UART serial ports, a USB OTG capable connection, two DACs, an SPI header and a JTAG header.

The Arduino team originally promised an ARM-based version of the board back in 2011.

Unlike the Raspberry Pi, the Arduino is less a general purpose computer designed as a programming tutorial foundation, more a controller unit for electronics projects, though the Pi can be used in such a role too. Arduino is operated using a Java API.