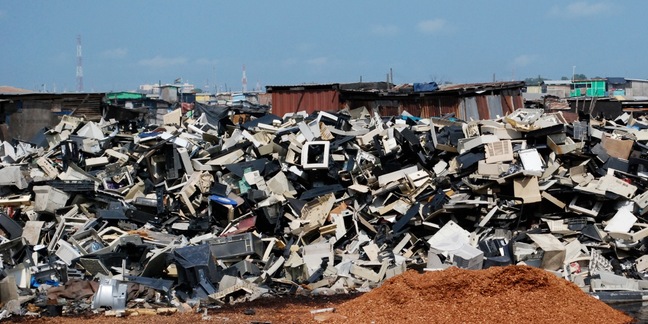 A man in Perth, the capital of West Australia, has survived a spell in the back of a garbage truck after trying to find his laptop in a bin.

The West Australian and WA Today both report the man was looking for a lost laptop in a skip bin when a garbage truck tipped the bin into its fetid maw.

At this point, as you would, the man started screaming as loudly as possible, lest the truck's compressor could reduce him (and his PC) to the thickness of an ultrabook.

Happily the man's screams, which we imagine reached Chewbacca-in-the-garbage-compactor-style intensity, were heard by the truck's driver. That worthy therefore desisted from engaging the vehicle's garbage-squashing hydraulic ram.

Emergency services were able to free the man from the back of the truck after about 20 minutes' effort and pronounced the man "lucky" to have been heard by the driver.

The man did not find his laptop and no explanation has emerged of how it ended up in the skip to begin with. ®