Tough out there in Services Land 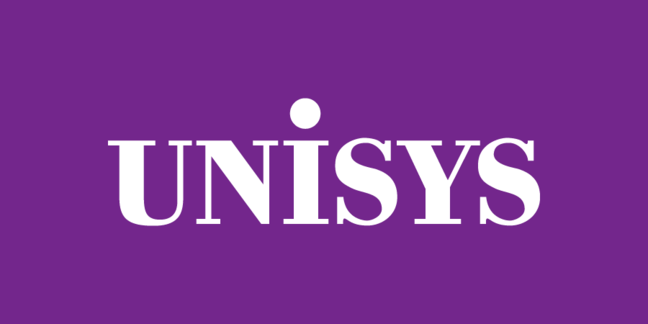 Mainframe and services provider Unisys has spent years cleaning up its finances, getting its debt reduced and costs in line with sales so it can show Wall Street some profits. And in the third quarter, weaker demand for short-term services engagements and continuing softness in business with the US federal government held down sales in the third quarter, pushing Unisys into the red.

Technology sales, which means ClearPath mainframes, other x86 machines and storage arrays that Unisys resells on an OEM basis, and systems software, accounted for $129.4m, down 10 per cent.

That decline in hardware and systems software revenues was somewhat expected with Unisys having just refreshed the entry and midrange portion of its ClearPath Libra and Dorado systems in early October. It is always difficult for any system maker to peddle current gear when shiny new stuff is around the corner and customers have caught wind of it. On a constant currency basis, technology revenues at Unisys were only down 6 per cent, so some of the issue there was the strengthening US dollar against the pound and euro.

For the first nine months of 2012, the Technology group at Unisys has only a 3 point revenue decline, and measured in constant currency revenues are actually up 1 point. Stable ClearPath mainframe sales, as CEO Ed Coleman has explained for years, is the attainable goal that Unisys has set for itself and given the uncertainty in the economy and the point that Unisys is at in the ClearPath cycle, this is about as well as can be expected.

Within the Technology Business, enterprise servers and software sales were actually flat at $123m and are up 6 per cent as reported. Coleman said on a conference call with Wall Street analysts after the market closed on Tuesday that for the first nine months of this year, ClearPath sales were actually up 3 per cent. Other hardware sales are what is killing Unisys, with sales off 71 per cent to $6m, as well as diminished sales of plain vanilla x86 iron in the ES series family of machines.

Gross margins in the Technology side of the Unisys house rose 2.5 points to 59.9 per cent and operating margins were up 3.3 points to 29.1 per cent.

The real problem at Unisys is softening services sales, not systems.

Across all of its services offerings, Unisys booked $748m in revenues in the third quarter, down 15 per cent as reported and down 10 per cent at constant currency. And the problem was not only with Uncle Sam, the biggest customer that Unisys has.

The services backlog stood at $5.1bn, down 4 per cent, as the quarter came to a close, which was flat sequentially from the second quarter. Janet Haugen, CFO at Unisys, said that approximately $690m of that services backlog would convert to revenues in the fourth quarter. She also said that services order signings had declined from the year-ago period but were flat at a constant currency basis. Services orders were up in the Asia/Pacific and the Latin America regions, and were down in North America and Europe.

Unisys has been on a tear to reduce its debt, and booked $23.1m in charges relating to these efforts in Q3, and also booked $28.9m on pension expenses. If you ignore these issues, Unisys would have turned in a profit about half the levels in the year-ago period. But, of course, you can't ignore these factors. ®

Hundreds of workers said to be on the chopping block