Windows 8: Is Microsoft's new OS too odd to handle?

Not ready installing on drive C: abort, retry or fail?

The big question. You are happily trundling along with Windows 7 and everything is fine. Should you upgrade to Windows 8, at Microsoft's tempting price of £24.99, or $39.99, for a downloadable copy?

There is always the safe option of leaving well alone, but tell that to anyone who regretted installing Windows Vista and had to wait until Windows 7 arrived. For them, upgrading was a no-brainer: Windows 7 was faster, prettier and more stable than the previous edition. You know, the sort of thing you expect from an operating system update. But how does Win 7 compare to Win 8, the operating system that attempts to work as well on touchscreens as it does with a mouse and keyboard.

A quick straw poll on Twitter revealed a mix of delight and uncertainty. "I will definitely update my two Windows 7 machines on 25 Oct," said developer John Wright. "I really like the new user interface."

Writer Jon Hassell likes it too, adding: "I found after a week I was used to it, and now using a Windows 7 machine, I miss some things."

Not so for Chris Nahr, another programmer. "I plan to get a Surface [Windows 8] Pro but I won't upgrade on desktop because Win 8 really seems a downgrade there," he said. It's was a thought echoed by a Twitter user pretending to be a cat: "Very minor improvements on the desktop side are far outweighed by it making everything slightly more frustrating."

Designer Ian Smith commented: "I want to run one OS that's solid, not two that keep interfering with each other and appear to have been rushed to market."

No consensus then; but here is a dispassionate look at the issues. How hard is it, and what are the gains and losses?

Upgrading Windows can be painful. In-place upgrades risk spoiling the new OS with lingering problems from the off, while clean installs mean reinstalling applications - and where was that activation key again? But do you have the choice? This chart on TechNet lays out the options: you can only preserve application installs if going from Windows 7 to Windows 8 and not leaping from 32-bit to 64-bit. Most applications that work on Windows 7 still work on Windows 8 - even Minecraft, whose creator Markus Persson claimed Microsoft is "trying to ruin the PC as an open platform". 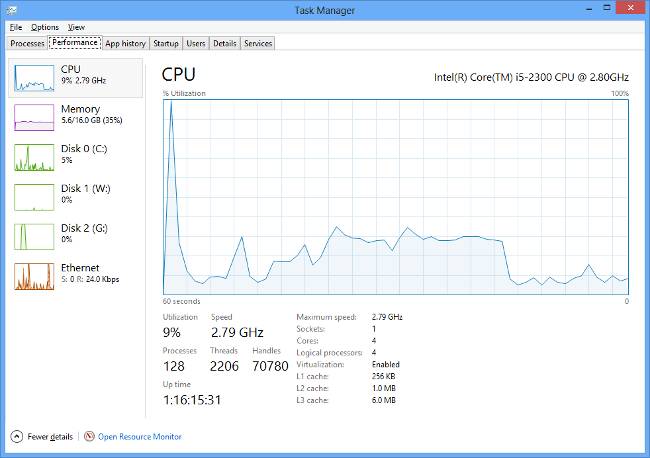 There are exceptions, especially with software that interacts with the hardware at a low level - such as drivers and printer drivers - so proceed with caution.

Presuming you have the time and patience though, there are some solid gains even for desktop users. Performance is better. Windows 8 boots faster thanks to a new hybrid between cold boot and hibernation; Microsoft claims a 30 to 70 per cent improvement. Graphics performance has also been boosted, we're told, and switching between networks is faster: small details, but my own experience with the RTM (release to manufacturers) build confirms that Windows 8 feels faster.

There are also some handy new features. One of the biggest (for those who need it) is Hyper-V, Microsoft's hypervisor for running virtual machines, which has now come to the desktop in place of the inferior Virtual PC. Another feature migrated from the server side of the OS is Storage Spaces, which lets you consolidate multiple drives into a single expandable pool of storage.

A new Task Manager is both prettier and more powerful. Explorer has a ribbon UI, which has received a mixed reaction though it is better at exposing all the options, and there is a new dialogue box during file copying that shows all the underway transfers with options to pause and resume them.

These are nice though not game-changing improvements, so why the controversy? The problem is Microsoft's decision to bolt a new touch-friendly platform onto Windows. The Start menu is replaced by a Start screen, and desktop users find their computing interrupted by full-screen apps with huge fonts and hidden menus and settings.

Security tool warns admins, users when a password is used on an untrusted site or stored locally
Security27 Sep 2022 | 10