Carphone Warehouse has inadvertently pre-announced the Google Nexus 4 handset, a 4.7in, 1280 x 768 smartphone made by LG.

It will run Android 4.1.2 Jelly Bean - possibly 4.2; both versions are mentioned on the page - on a 1.5GHz quad-core Qualcomm Snapdragon S4 CPU. There’s 2GB or Ram and 8GB of on-board storage but seemingly no storage expansion through memory cards. There’s an 8Mp camera on the back. 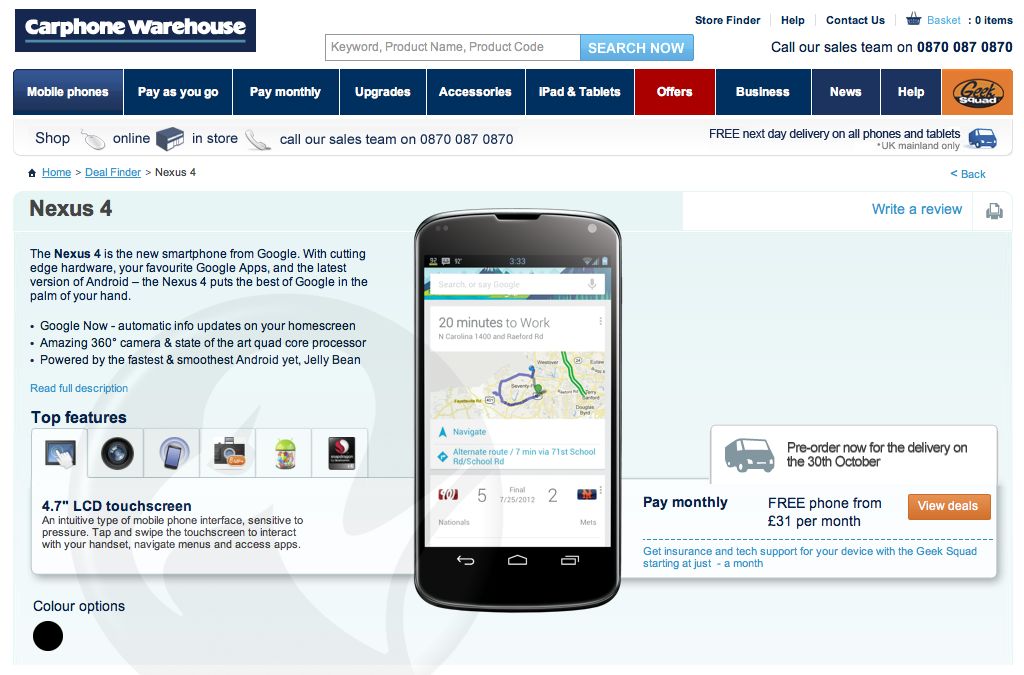 The spec list reveals, 3G HSPA connectivity, plus Wi-Fi, Bluetooth and NFC, but not 4G LTE.

The Nexus 4 will go on sale on 30 October, the day after Google is expected to announce it, at an event to be held in New York at which the online advertising giant is also expected to update the Nexus 7 tablet.

CW’s site says the Nexus 4 will be free to folk willing to sign up for a £31-a-month two-year contract. That’s on O2, but other carriers will be offered with Vodafone packages, too, and on shorter, 18-month contracts. Shorter contracts with lower monthly payments raise the up-front device cost, which tops out at £220. There’s no sign of a Sim-free price. ®

Light, strong, supportive ... and monitored thanks to ERP integration