The Master Chief is back but the combat has not evolved

If you’re a Halo fan, it’s a no-brainer of course. You’ll buy Halo 4 whatever I or anyone else says. You’ll enjoy it too, no question, especially if you’re after its upgraded multiplayer experience. But if you’re hoping the game's solo campaign will let you relive the magic of the original Combat Evolved, you may be a little disappointed with the return of the Master Chief in this the first of a new trilogy of Halo games.

You’ll know the premise from the trailer. If you missed the online teasers, know that Halo 4 picks up the story four years after the climax of Halo 3, though five years after that game’s release and eleven after the arrival of Combat Evolved. The Master Chief is in deep freeze, but he’s about to wake to a world of hurt: a hollow planetoid constructed untold aeons ago by the Forerunners, the mysterious race that built the Halo spacestations and who still have designs on the universe. 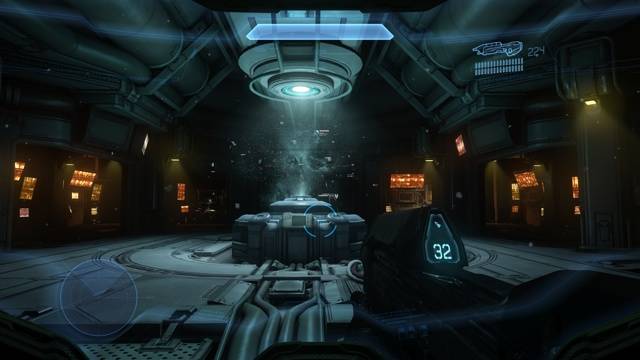 You’re soon battling it out with boarding Covenant forces then literally plunging planetward to pick up the story, and the fight, on the artificial world of Requiem.

Requiem is Halo-lite: a variety of natural ecosystems and geographies on the outside, awesome - in the true sense of the word - Forerunner architecture on the inside. Halo 4 feels very much like the first title, just enhanced with today’s hi-def graphics technology. That’s not surprising: Microsoft’s Halo team, 343 Industries, took over from series creator Bungie with 2011’s ‘remaster’ of Combat Evolved, which slotted the slick Halo: Reach engine into the original game, bringing it to Xbox 360 gamers for the first time. Combat Evolved is, then, more of a starting point for 343's engagement with the Halo franchise than Reach and Halo 3 are. 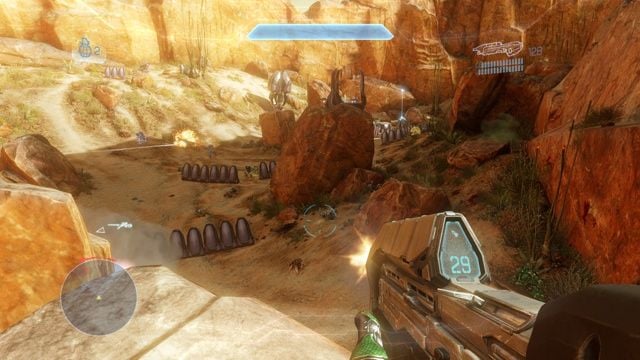 Get your filthy hands off my desert

No wonder that Combat Evolved so informs the Halo 4 experience. Overseeing the CE conversion has clearly informed 343’s development of the new instalment. So, it too begins on a UNSC spaceship - now the Forward Unto Dawn, in CE the Pillar of Autumn - and continues on the surface of an alien installation and, later, inside it. All it lacks are anything more than a cursory beam up to a Covenant ship.

There’s a similar mix of Master Chief and NPC team-combat levels, courtesy of the Infinity, another UNSC vessel pulled into Requiem’s gravity well, and 'Master Chief goes it alone' missions. Some levels are simply about getting from point A to point B, others involve doing so before the world explodes: one Halo 4 level, involving a Ghost-ride across a landscape violently tearing itself apart, plays almost exactly like the original's dash-through-the-burning-Autumn finale. The rest involve what are essentially variations on the 'flip a set of switches to continue' mission, all classic Combat Evolved stuff. 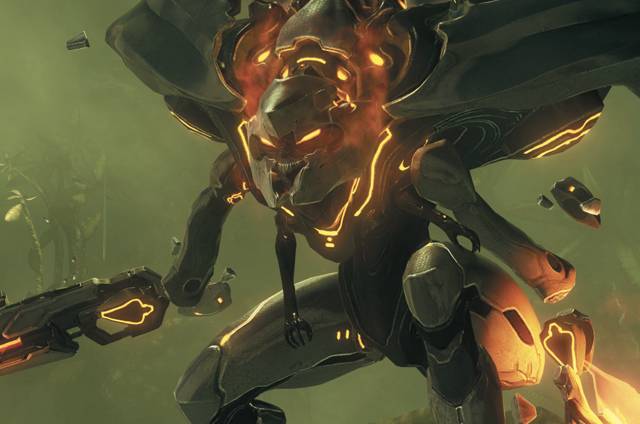 There’s a real sense here of going back to basics after taking the Halo mythology in new directions in ODST and Reach. 343 doesn’t go so far as to chuck out all of the new Covenant races, weaponry and vehicles that were added in those games - and it introduces new ones, of course - but that does nothing to overcome the strong feeling of déja vu the new game evokes.

And I wasn’t struck only by the similarities with Combat Evolved - elements of Halo 4 recalled parts of other games and movies too. The new enemies, the cybernetic Promethean warriors seemingly constructed by the Forerunners to combat the Flood, strongly reminded me of other beings from beyond the Halo universe. The Knights, with their spindly, mid-torso extra arms, low, knee-bent gait, and huge bony head carapaces clearly channel Aliens’ Alien Queen. Heaven knows Aliens deserves a hat-tip. This is the movie that most inspired the pioneers of the sci-fi first-person shooter genre, Bungie included. 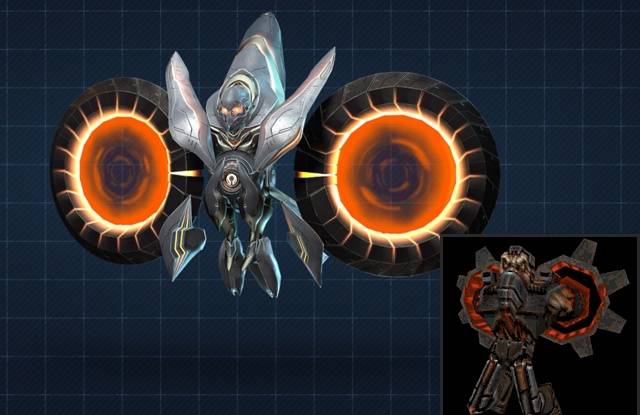 iD Software was inspired by the James Cameron film too, and I can see some of the Doom developer’s Quake II creations here. The dog-like Promethean Crawler is a lot like iD’s canine Parasite; the Promethean Watcher, a flying warrior held aloft by what look like two circular impeller units reminded me a lot of Quake II’s Icarus flyers, who also move around the battlefield on two circular impeller units. The Watchers can shield ailing Knights and even bring them back from the dead, effects likewise seen before in Quake II.

I’m not accusing 343 of having lifted these creatures, merely pointing out how developers’ immersion in the sci-fi shooter genre will inevitably now result in the recurrence of older themes and ideas. Like pop music, FPS gaming will eat itself. Game creators need to work harder these days to avoid these unplanned parallels.

Next page: All dust and echoes
Page: