The bijou brother of the Korean giant's flagship smartphone features a 4in, 800 x 480 display; a dual-core 1GHz ST-Ericsson Novathor U8420 chipset all running Android 4.1 Jelly Bean.

Customers have the choice of of 8GB or 16GB storage capacities, while a 5Mp rear-facing snapper and a 0.3Mp (VGA) front-facing webcam - with 720p video recording capability - completes the specs sheet. 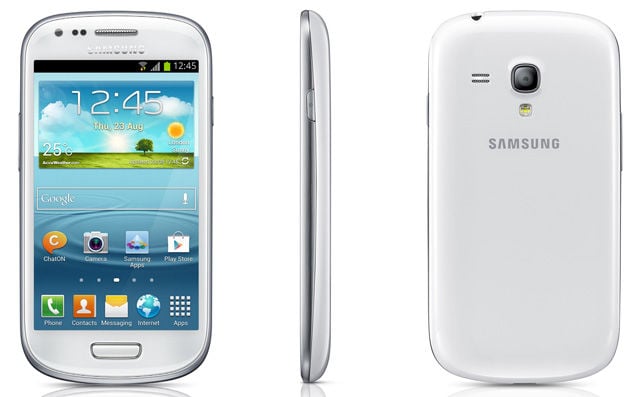 Folk who splash out on one will get access to Samsung's Video and Games Hub, with titles such as The Sims 3 and Bejewelled 2 up for grabs at no cost. Customers will also be given 50GB of Dropbox space, free for two years.

The Mini continues to follow in the large footprints left by the Galaxy S III, with other features such as S Voice, Sammy's equivalent to Apple's Siri. There's also S Beam functionality and Direct Call - the ability to dial a mates's digits automatically when lifting the phone to your ear.

The Samsung Galaxy S III Mini goes on sale on 8 November and will be available from all major networks. Interested punters can pre-order the S III Mini sim-free for under £300 from retailers such as Clove. ®