Seagate: Oh no, is my enterprise disk sales slip showing?

Seagate saw a 9.3 per cent slip in enterprise disk drive sales in its first fiscal 2013 quarter and revenues fell to $3.732bn compared to the previous quarter's $4.482bn. 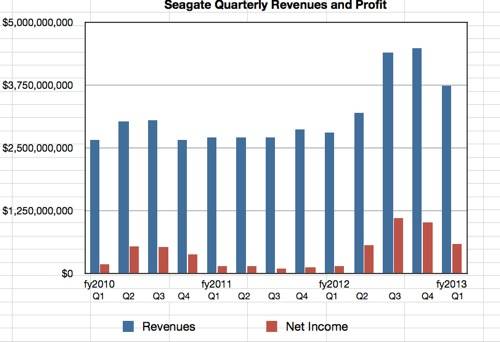 A chart comparing the two companies' quarterly revenues shows that WD has overtaken Seagate and both suppliers have entered a downturn in their latest quarter. 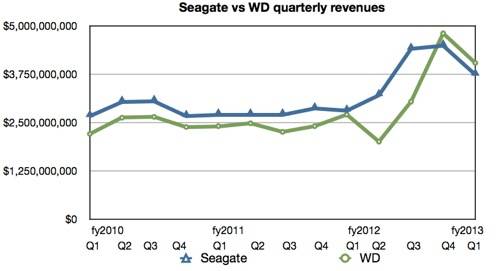 Highlights of Seagate's numbers were:

The company says it is moving to sell more higher-value drives. ®

DataStax has stars in its eyes over Constellation, its latest tweak on Apache Cassandra

Datastax Accelerate It’s not just a hosted version of the database, says the CEO