Sony has begun advertising the PlayStation Vita in French magazines by comparing the device to a woman with four breasts. 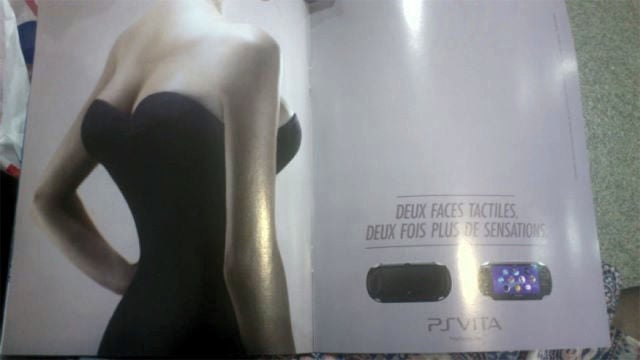 Fortunately, a stiff-upper-lipped Sony UK rep calmed upset British sensibilities by revealing the ad was "not something that would necessarily be considered for the UK market".

I guess for some people the image could be rather shocking. I nearly had a stroke myself. Ahem. ®