The Register has exclusively learned that the next James Bond movie outing will pit 007 against a truly sinister blond madman "who'll make Javier Bardem look like your kindly maiden aunt playing Mother Teresa for the benefit of kids in a Rwandan orphange", as our inside source put it.

Producers hope Julian Assange, who allegedly inked the deal yesterday at his extradition-proof quarters inside the Ecuadorian embassy in London, will bring "an extra edge of grandiose delusion" to Bond 24.

Our source explained that due to Assange's limited scope for travel, the likelihood is that his performance will be part live action, shot in the embassy itself, and part motion-capture CGI, with a computer-generated Assange performing the most technically demanding sequences.

With this in mind, the studio has already created three virtual Assanges, one for each of the trio of working titles for the project, which we reveal here for the first time: 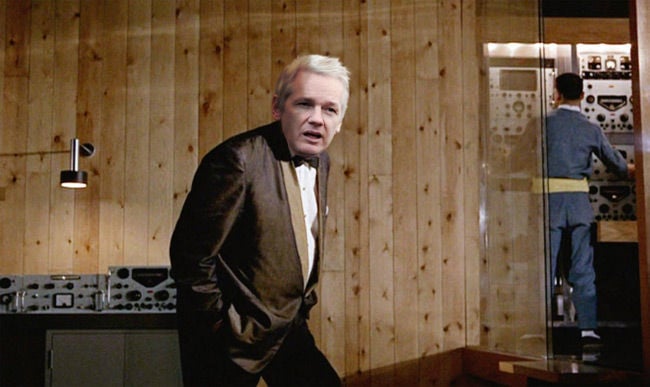 Assange plays an information-obsessed Australian with a diabolical plan to nuke rival email servers in order to artificially drive up the value of his own holdings of sensitive electronic traffic. His ambitions thwarted by Bond armed with several international arrest warrants, he's sucked out of a depressurising aircraft while trying to escape to Central America. 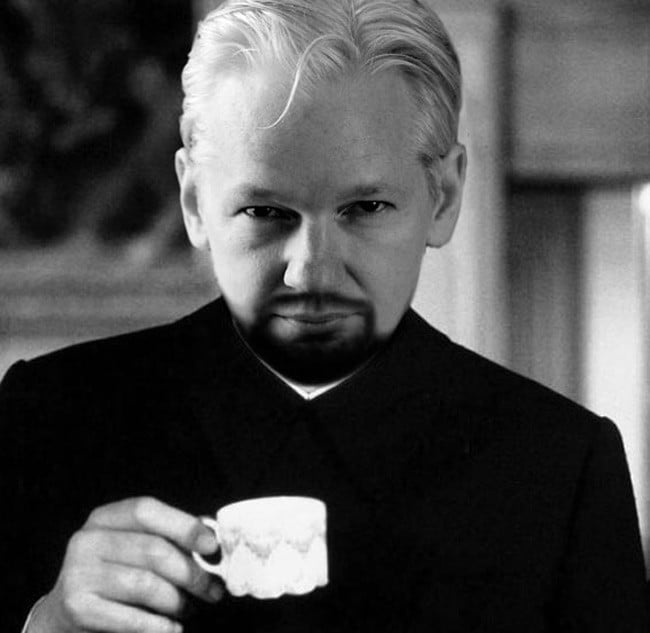 Driven by an obsessive sense of manifest destiny, Assange constructs an incredible orbiting space station from which he and a selected few will repopulate the Earth after the rest of humanity has been bored to death by exposure to millions of confidential but ultimately deadly dull US government documents. The film ends with Assange sucked out of an airlock while trying to evade Bond and astronauts from the Swedish Prosecution Authority.

You Only Leak Twice 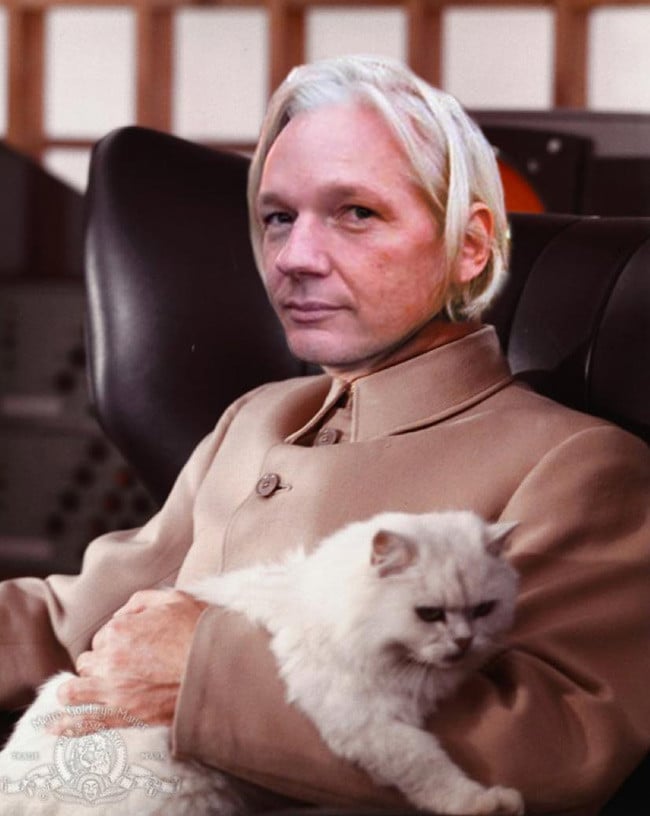 From his fantastical bunker complex under the London embassy of a fictitious banana republic, Assange attempts to provoke nuclear war between the US and Russia by publishing confidential emails in which diplomats from both sides deride each others' table manners, dress sense and general lack of personal hygiene. Armageddon is averted when Bond identifies his key weakness and, disguised as a buxom Swedish wench, penetrates and destroys his lair with the assistance of the Metropolitan Police.

Incredible stuff. We don't have any information on villainous sidekicks, Bond girls or gadgets, but we're sure readers can fill in the blanks. ®