USS Enterprise sets out on its final mission

To boldly go ... to the scrapheap

The US Navy's first nuclear-powered aircraft carrier, the USS Enterprise, has set sail on her last mission before being consigned to the scrap heap.

After 51 years as a serving warship, including multiple circumnavigations of the globe, the Enterprise's final trip will be a short one from its home port of Naval Station Norfolk in Virginia to the nearby Huntington Ingalls Newport News Shipbuilding yard, where its nuclear fuel will be removed for disposal. All aircraft, ammunition, and salvageable equipment will also be stripped out.

Once her fuel has been safely removed, the Enterprise will have one last time at sea as it is towed southwards down to the tip of South America, around Cape Horn and then back up the coastline to its final resting place at Puget Sound in Washington. There naval engineers will remove the aircraft carrier's eight nuclear reactors and break up the hull for 90,000 tons of scrap metal.

There had been a petition to preserve the Big E (as it is known to the crew) as a floating museum, similar to the role now played by the aircraft carrier USS Intrepid, which has become the Intrepid Sea, Air & Space Museum in New York that hosts the Enterprise's space shuttle namesake. Sadly, the costs of doing so would be too great the Navy said.

"In order to remove the reactors, it takes a lot of cutting and hacking on the ship to do that. They do cut through the flight deck and they may very well be cutting through the hull of the ship itself," Mike Maus, a spokesperson for Naval Air Force Atlantic, told CNN. "Once the reactors are removed, to put the ship back in any shape to where it still resembles a ship, the cost would be over the moon."

It's a sad end for the second oldest ship in the US Navy, and the oldest functioning warship. The Navy's oldest vessel is the USS Constitution (aka Old Ironsides), a three-masted sailing frigate commissioned in 1797 and currently harbored in Boston. Enterprise is also the US Navy's longest ship at 1,123ft (342 m) after its flight deck was extended in 1990. 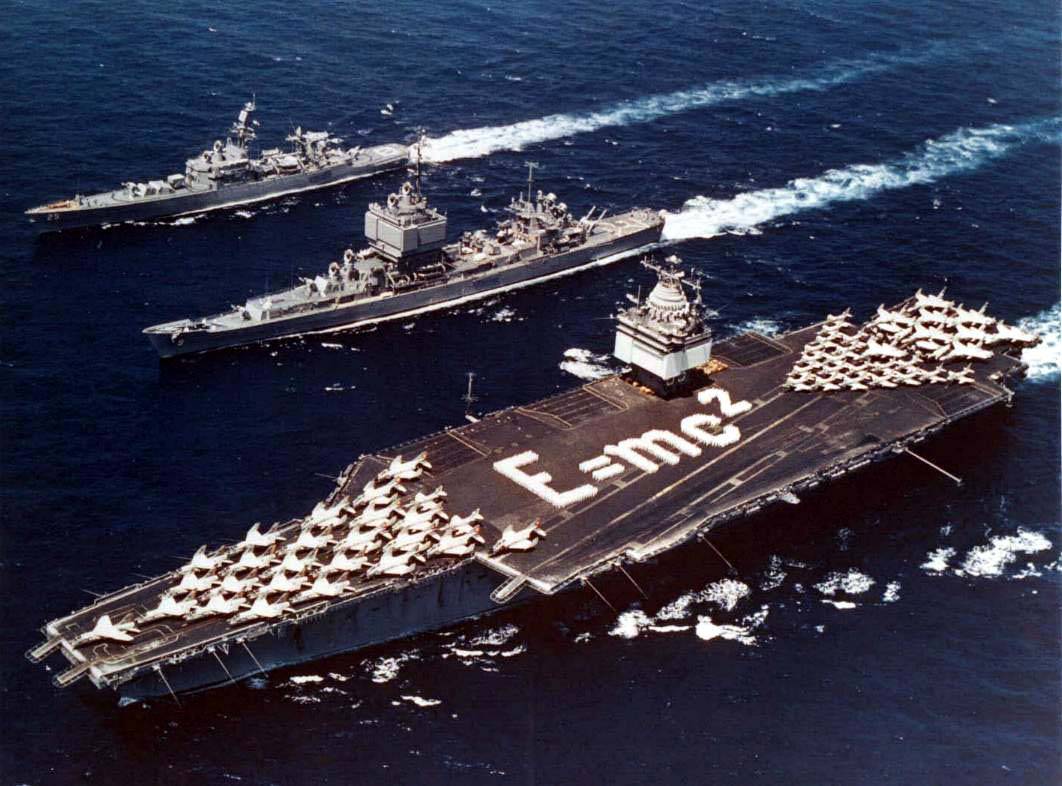 The Enterprise was the backbone of Task Force One, the US Navy's first fully nuclear battle group, which steamed around the world without refueling in 1964 as part of a demonstration of America's perceived role as the world's policeman. It has been present in most of the US's military adventures over the last 50 years, including the Cuban missile crisis, Vietnam, and the various wars in the Middle East.

After decommissioning, which officially occurs on December 1, the US Navy will be left with only 10 aircraft carriers to protect itself, only eight more than its nearest rivals Italy and Spain. Lest you worry about a defense gap, there's no need; the Navy has plans to build at least another two Gerald R. Ford–class aircraft carriers in the next few years, and there's already a petition to get the next new one renamed Enterprise.

Star Trek creator Gene Roddenberry never explicitly said his famous spaceship was named in honor of the first nuclear carrier, but the Big E was much in the headlines when he formulated the series, and he was certainly influenced by US Navy traditions. The old NCC-1701 was a Constitution-class ship, after all. ®