Antique Code Show With the release of Doom in 1993, and Bungie’s Marathon, the year after, the first-person shooter was firmly on the gaming map, so it was no surprise LucasArts wanted to be there. If there was one thing a Star Wars fan wanted, it was to get in on the action, to grab a blaster and take out some Stormtroopers. In 1995, Dark Forces let them do just that.

Up until then, LucasArts’ Star Wars games had focus on starship combat, most notably X-Wing and that flag-flyer for the CD-Rom, the on-the-rails space shooter Rebel Assault. Dark Forces was different. This was a game you could play and feel - if you closed your eyes a bit and squeezed your imagination really hard - that you were in a Star Wars movie, a sensation aided by its clever ‘i-Muse’ music tech, which played synthesised sections of the movie soundtracks selected to match the tempo of the game’s action. 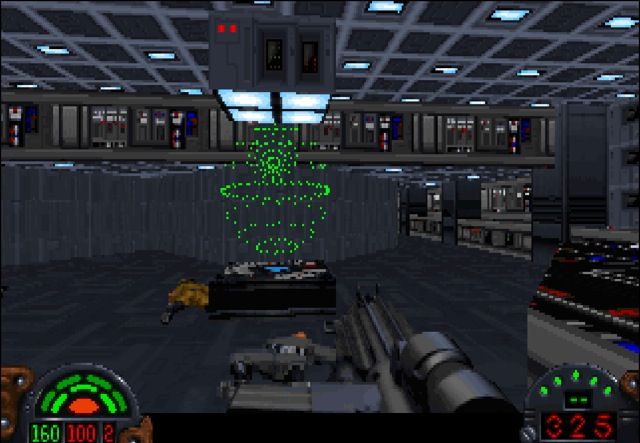 'That's too big to be space station'

Where Doom pared back storytelling to focus solely on blazing away, Dark Forces had a film-like plot that grew as it was told through the situations you encountered as a player and through the level-separating cut-scenes.

Abort the Imperial starship Arc Hammer, General Rom Mohc is in charge of a project to create a new breed of Stormtrooper: cybernetically enhanced Dark Troopers equipped with powerful new weaponry, jet packs and other cool stuff, though you first encounter them as blade-wielding Terminator-style skeletal droids. 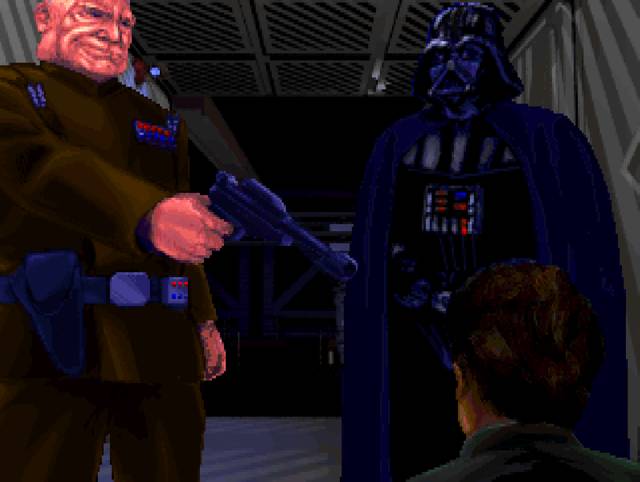 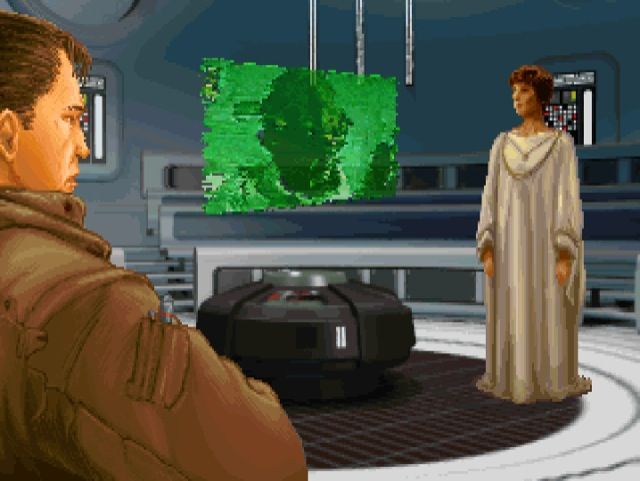 Your adversary, Rom Mohc, communicates with Vader while you get your orders from Mon Mothma

You are Kyle Katarn, a mercenary with Han Solo’s gun skills but none of the Correlian’s wisecracks. The Rebel Alliance has got wind that the Empire is up to something nasty and, having proved your skills and loyalty in Dark Forces’ first level, Mon Mothma you’re sent off to uncover the scheme.

The plot neatly ties in to the movies’ storyline. In the first level, for instance, you break into an Imperial base to steal the plans for the original Death Star - plans that, off screen, make their way into Princess Leia’s hands and set in train the first film. A later level has you track down Imperial renegade Crix Madrine who will eventually become a rebel and, in Return of the Jedi, brief the troops on the assault on the Death Star 2.0. 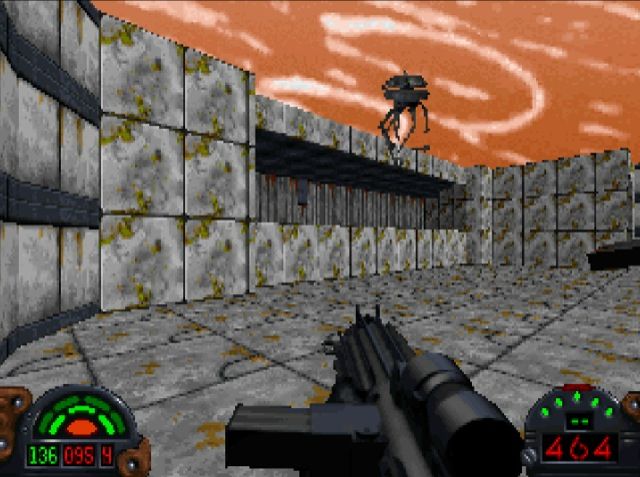 Level by level, you’re taken to some of the Empire’s most famous ships and locations, from Star Destroyers and Jabba the Hutt’s private yacht to Imperial capital Coruscant - years before it was depicted in Phantom Menace. Even the planets created for the game run the gamut of the sewers of Anoat City, the ice planet Anteevy, Nar Shadaa the vertical city, and the desert world of Gromas. This was not a game made entirely out of just a handful sets of textures as so many other FPS of the time were. 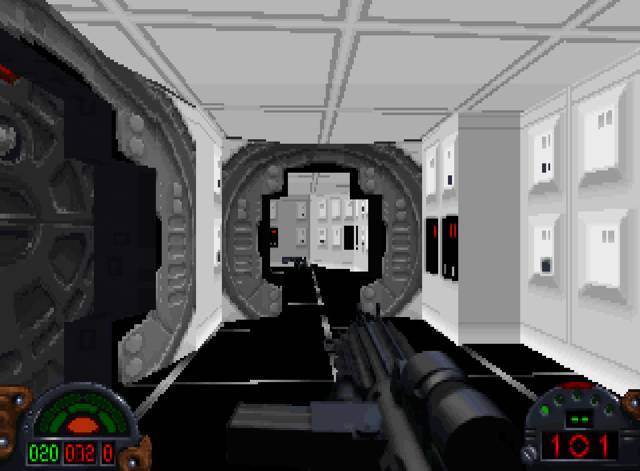 This ship will look familiar... 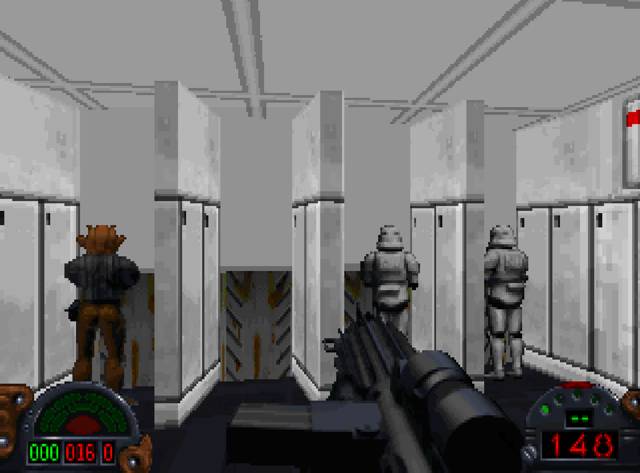 ...though you may not have seen the urinals before

Next page: Hokey religions and ancient weapons are no match for a good blaster
Page: